PROUD TO BE AN AMERICAN 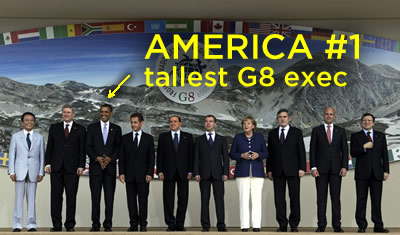 We beat that dude to his left by a pixel and a half. That was close!

I vote for whatever (e:james) said right below.

Oh man, a sitcom about Hu Juntao and Angela Merkel trading bodies ala Freaky Friday would be so very good.

The competition was for most creative leisure suits.

Pretty interesting and some of it was funny. It still seems weird to see the PC guy talking

haha, that was awesome.

So, Blagojevich gets a reality TV show? *head asplodes*

"He's making more money than he did as Gov."

Just wait until the trial is over and we will found out exactly how much he made. ^_^

I'm speechless. Rod the Fraud gets what, 50k or 60k per episode? He's making more money than he did as Gov.

As explained by wikipedia:

We must do something

Therefore, we must do this.


Which is ultimately why I am distrustful of trillion dollar bills rammed through Congress, even though I think we do need something.

And to make it a haiku:

We must do something
Therefore, we must do this thing,
As it is something

They're only two more syllables away from a haiku.

What does it say about our state ethics rules and enforcement when the Senate Majority leader of 13 years can take bribes for 15 years? Sure, they are nailing the guy now. But corruption investigations should not take 15 years for an indictment when everyone and their grandmother knew about this shit for over a decade.

Want to fix the hole in the budget? Make bribes taxable and we will have a surplus.

One scumbag down, the rest of them still to go. Thanks for sharing.

Only eight? They're not looking hard enough

Scalpel, not a hatchet? 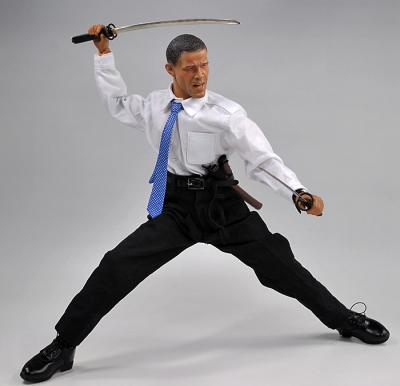 The other toys are hilarious as well. Who comes up with these genius plastic things?! haha

holy hike those pants up some more batman!

You just made my co-worker LOL.

For me, the best part of today is not that it's Obama's first day in office, but instead that it's the 43rd time that power has been transferred peacefully between presidential administrations. Obama is the 44th president in a chain stretching unbroken back to the founding of our country.

It's easy to forget what happens in some other countries. Seeing what happens in Zimbabwe and Myanmar, it's a relief to me to live in one of the countries that's moved beyond institutionalizing personal or party power above all else.

So, cheers to all the Presidents, Washington through George W Bush, who have stepped aside and let the political process govern who gets power.

We're not a perfect country, but we do get many things right and this is one of them.

Burma (I refuse to call it Myanmar) is a disgrace. :/

Yesterday I just got so sick of all the negativity. And the over-positivity. I feel bad for Obama, because I don't think he is ever going to be able to live up to the ridiculous expectations people have. You'd think he's the second coming of christ, but god... he's just a man. I do not envy him and what he's just walked into. I like the guy. I do. But in full disclosure, I did not vote for him, and do not think he's the messiah. BUT- he is our president and I support him and truly wish him all the best. I really believe he wants what's right for the country, and I hope he can get even some of it done.

The things I got sick of yesterday were the endless bush-bashing (i mean please, can we just put that all behind us now) and the pissing and moaning of the non-obamaniacs acting like the world is going to hell in a handbasket now. Ok, your guy didn't win. Nothing you can do about it now, so just STFU, and support the president. 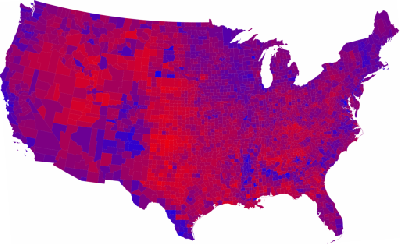 By county, stretched to fit population: 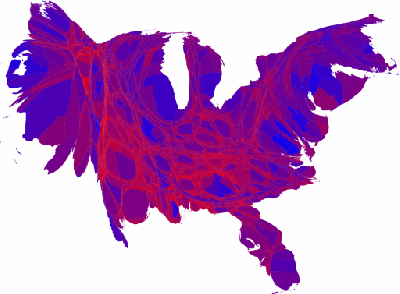 I am working really really hard to NOT be like the republicans were in 2004, where the hotly contested 1% margin of victory was seen as some kind of divine mandate from Jebus Hisself and America was United behind America's Prezdint and all y'alls haters is in the minority the Court says so so there I'm gonna go invade Iran too!!!

That went way beyond insult to injury. That was like, face-punching rage. I had rage issues. And I worked with a lot of Republicans at that point. (I had a coworker who seriously had a W lapel pin.)

But I'm starting to think maybe I'm being too nice. ;)

Did you make that?

All the intolerant crazies ended up in the deep interior cut off from external influences and contact. Oh, and of course some of them can see Russia from their backyards and guard against the Putin helium balloon.

And on that note, what is the red-blue distribution of Alaska??

According to unofficial results, Democrats captured 32 out of the 62 seats in the Senate. The shift marks the end of an era for New York Republicans, whose control of the Senate had come to depend on a bloc of senators, some in their 70s and 80s, who had put off retirement to help preserve the party's majority. --

So, the Democrats are in full control of the legislative and executive branches in New York State. Personally, I am hoping they legalize gay marriage, something that has previously passed the Assembly and has heretofore stalled in the Senate. Gov. Patterson is willing to sign such a bill. We'd be the first state to postively enact such legislation, instead of having courts make the call. A big, big, deal.

In general, it is now up to them to figure out how to cut the state budget by billions of dollars. I am not sure if they are up to the task or not, but I'll give them the benefit time to see if they can.

I do have to say though that having dems as president and full control of the house AND senate makes me a smidge nervous. I just don't want the pendulum to swing too far the other way this time.

I love Patterson. I wonder if he will marry me?

Yes, that's awesome news for gay marriage advocates! Things are looking way up. I hope soon you and James gan get hitched HERE, and not have to travel across the freaking country.

Cut the state budget. Good lord. They kicked and screamed about cutting it by a few lousy hundred of millions. I'm not as hopeful as you are about that. 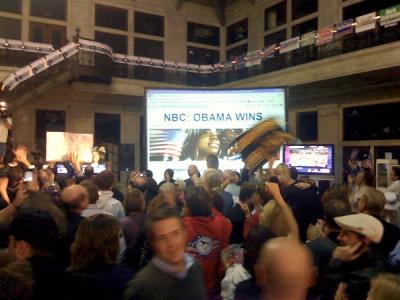 11pm as election was called for Barack Obama, our 44th president.