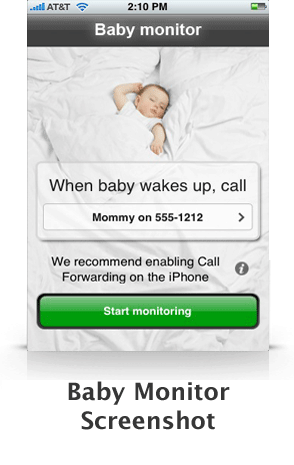 OMG! I need that app!

With out following the link I did see an add for this, my 1st thought was cool a baby monitor, but could it be used for other things like stalking or maybe something fun and kinky?

Damn, someone beat me to it!

You could use it to monitor anyone, not just a baby, hm.

I don't know. Seems cool to me. It would make it way to easy to turn your iphone into a motion detecting bomb detonator though. 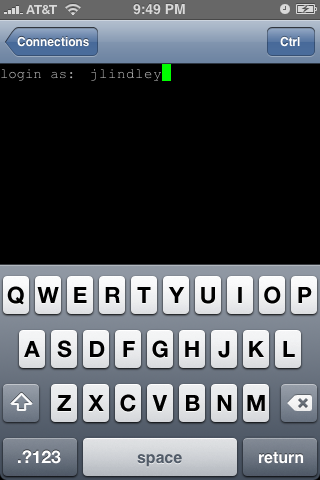 I almost bought that one, do you like it. I am holding out for :::link::: which is on que to be released.

There's an app for the iphone that will listen to music and then identify it for you. It's super cool and so accurate. 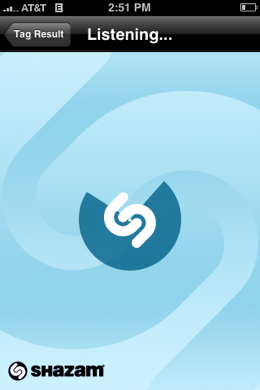 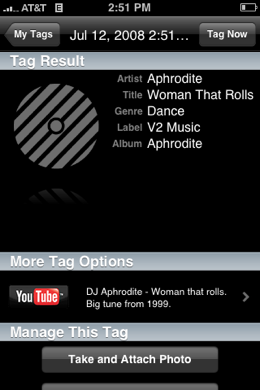 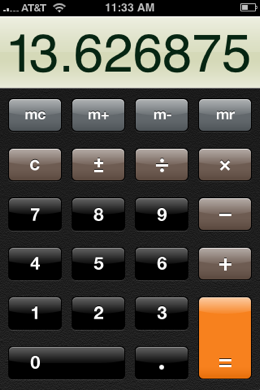 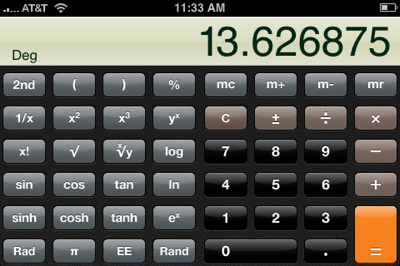 This is ugly. So let's stop.

ok (e:james) my intent was never to hurt anyone's feelings. As far as I know (e:jim) didn't contribute any code to the Gracenote Mobile Music ID, so there was no personal agenda on my part.

Hey, how about everyone step away from this journal and knock it off.

Leetee, yes. This is what he said:

"It is sometimes most amusing to see where a snotty one sentence comment will lead to."

He's not genuinely engaging in conversation, he's playing games. He's trolling. That is the very definition of trolling. If that's not being an ass what is? He is not talking to me like a human being, he's doing a science experiment on me and I have no wish to further this conversation.

I engage in dialogue with many people on this site that I don't see eye to eye with, but we are civil and respect each other. Your husband is admitting to callously engaging in antisocial behaviour. Why would I want to talk to someone who I constantly have to second guess what their motives are?

(e:jim) - Actually, I replied directly to each and everything that you said to me. I never attacked personally you at all. I never said a single negative about you. And yet, you attack me personally. I reckon that the iPhone 3G must really suck if all you can do to defend it is call me an "ass."

As to not engaging in conversation, the last I heard, it takes at least 2 people to engane in conversation. Since you make it clear that you are not a friend of mine because you call me schoolyard names, I see no reason to assist you in avoiding conversations with those whom you think are asses. I've heard that you are an adult. I reckon that you can choose not to talk to me without any help from me.

Ass? Miserable excuse for a person?

Sure, go ahead, argue about your little geek things and have fun bating each other.

But do you really have to resort to name calling?

'Cause if that's the order of the day, i can think of a few to hurl back at you...

So you dropped a tangential one sentence comment, which had nothing to do with what I was saying, and then when I said you misunderstood what I was referring to, you went round and round continuing to not actually address what I was talking about, and I was supposed to magically divine this? You were testing me by making non-sensical replies?

And then you sarcastically referred to me like I had some sort of problem, when you were orbiting out there in space playing mind games?

You sir, are an ass. Don't ever engage me in conversation again you miserable excuse for a person.

(e:jim) - I'm sorry if I offended you. I'm not angry at all. I found the whole exchange most humorous. It is sometimes most amusing to see where a snotty one sentence comment will lead to.

Through happenstance, I've known about Gracenote Mobile Music ID for the iPhone for a while. I kept mentioning mp3s to give you an opportunity to tell me that you weren't talking about mp3s.

From what I've seen, the Gracenote db is fairly extensive. But no matter how good the software, the weak link is the database itself - I wonder if your iPhone would identify a Serbian punk rock anthem from the 1970s.

You said, 'wouldn't it be easier to use the ID3 tag', when the whole point of this is that there are no ID3 tags, so it looks the song up by pattern matching the sound. ID3 tags are embedded in MP3 files, so there is no way that it looks them up via ID3 tags. ID3 tags have nothing to do with the way this looks stuff up. I pointed out that I didn't understand why you were bringing the topic of ID3 tags up, and you're getting really angry. It's really bizarre.

Here is what I don't get say for example there is this song from pulp fiction that is awesome then fergie or might be someone else takes that same beat but then has people clapping if the phone only hears the part of the song that is the same in both of them how would it know the song?

yes, (e:ajay) that is exactly what Gracenote (formerly CDDB) Mobile Music ID can do. But don't take it from me. (e:jim) says that I missed the point. Thus, if I say that it can, it obviously can't. When HE says that is what the software does, that's WHEN you can believe it.

If I'm reading this correctly: this software _listens_ to a song (say, playing on the PA system in the elevator, or in the gangbangers car next to you) and identifies it.

OK, you win. I thought you were talking about Gracenote Mobile Music ID which analyzes snippets of songs and compares the snippet to a database. But since I'm missing the point, it is obvious to me that you aren't talking about that.

So, kind sir, pray tell, WHAT are you talking about???

You're missing the point, and I know what ID3 tags are. This is for music that's not on your computer and so ID3 tags are irrelevant.

What I am talking about is that virtually all commercially available and most ripped mp3s have ID3 :::link::: tags that indentify the song, the album, the artist, the genre, etc.

Most cd ripping apps compare the cd being ripped with an an online database such as freedb or CDDBx to get information about the album and songs. The cd ripper then encodes this in ID3 tags within the mp3.

Contrariwise, perhaps you meant that your app analyzes and compares the mp3 with an online database of mp3s and then gives you an answer.

I don't think you understood what I meant :(

What are you talking about?

Wouldn't just be easier to use the ID3 tag?

Now witness the firepower of this fully ARMED and OPERATIONAL iPhone! 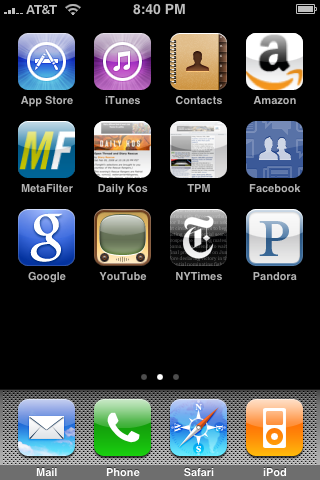 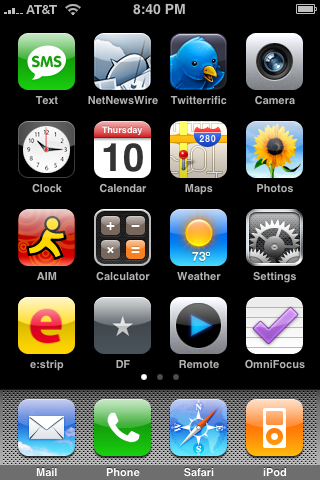 iPhone/Cocoa developers are not permitted to ask each other questions on mailing lists or write tutorials about how to do stuff and put that on the web. We can't even meet each other in programming groups to show each other how to do stuff, because Apple could sue us, or even worse, deny us use of the Application store . All because the iPhone SDK is under NDA. Did I mention that anyone with a pulse can get said SDK, and that several hundred thousand people have done so? Or that Apple's competitors have access to the SDK?

I really can't understand how Apple's impeding my ability to write applications for their New Greatest Thing is a strategy for success.

For some reason this reminds me of the Mad-TV iphone sketch. Hahaha
:::link:::

Only company I have a love/hate relationship with where the love side wins out so consistently which makes the sucky parts hard to bear.

Yeah, not actually fully armed and operational. Apple giveth, and Apple taketh away. Fuck you Apple, thank you Apple. Grrr.

I am totally disapponted by the lack of a terminal/ consol. It is time my first phone, since the sidekick 1 in like 2003, doesn't have a terminal for accessing servers. Even this phone had it yesterday before being in jailbroken for the 2.0 firmware.

Pretty happy so far, except signed up for trial of MobileMe and can't seem to get it activated, so I haven't tried out the over-the-air sync stuff yet (which is what I'm in the end most excited about).

This is my most favorite computer of all computers that I've ever owned in the last 20 years. 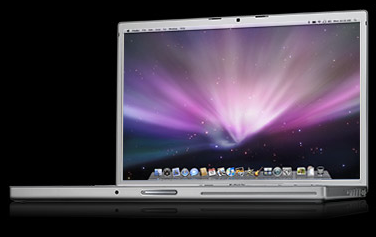 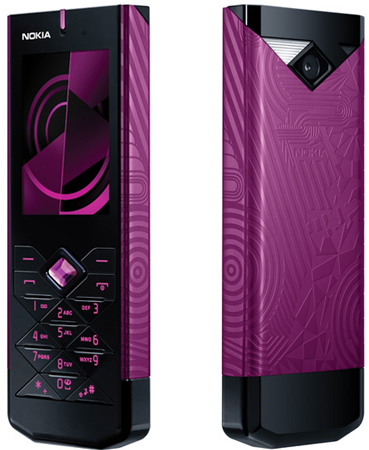 Paul, we need to have an intervention.

Okay, I am seriously thinking about buying. Now lets just see if I can pump some more money out of secondlife. It sounds pretty freakin cool :::link::: and has 3G data.

I do love jewels and pink and I think that perhaps I am in store for a smaller phone to accompany my not phone. 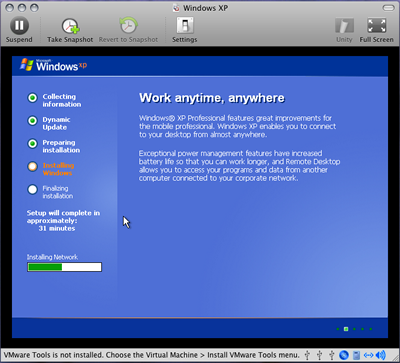 Too many years doing systems, networking, and server administration for Windows has left me scarred. I left that whole mess many years ago, but it seems the corporate standard is still Windows XP, and as a web programmer these last 4 or so years, I still have to test stuff in IE.

My method to keep everything free of viruses and yet not have to run anti-virus software is to install a clean copy of XP, make three clones (one to keep pristine to regenerate from and one for IE6 and one for IE7), and then destroy the working clones every month or so to make sure nothing goes wrong with them.

I'm having to recreate my base XP image tonight though, since I'm moving from one VM system to another. I can't believe I'm still dealing with this old friend of mine. It's a bit nostalgic to go through the setup process again.

On the plus side, every year that goes by and Vista takes over, that's a nail in the coffin for IE6, and more I feel free to say: 'oh... well I've used Vista, but I don't know how to fix it/upgrade it/install it/troubleshoot it, sorry!'. I'm figuring around 2011 I can stop supporting XP/IE6. That means that XP will have been in use by me for about 10 years. That's sooo much longer then I'd ever thought possible.

Technological growth is still quick, but certain technologies are slowing down. Desktop computers and operating systems won't really advance by leaps and bounds any more. Most of the low hanging fruit is gone.

Sure, I'll update my hardware often (I'm already a bit crazy about being limited to 2gb of RAM), but the OS just matters less and less. As much as I love my Mac it is mostly because I feel like it stays out of my way and becomes more invisible all the time.

I would really like to work in an IE 6 free environment. It is just such crap. I don't understand how people don't get that. Even IE 7 is crap when you really look at it. Blah.