That was 6 minutes of some Class-A claymation Gore! Hahahaha... Hilarious!
Loved the music effects and all the primary colour blood and guts! 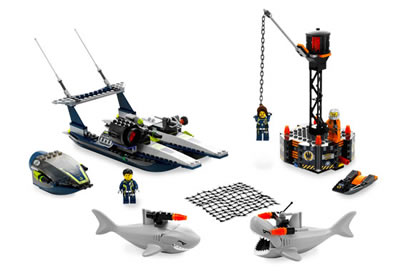 I say yes to that!

WALL-E is made of awesome. Go see it!

aww, I wanted to see it b/c my dad's name is Wally and I'm totally a daddy's girl- but if it's actually GOOD, then I TOTALLY have to see it!

Sorry we couldn't make it. I really want to see it but we had a graduation/birthday party to go to. It looks so freakin cute.

If you are interested in joining James and I tomorrow for Wall-E, we'll be there at 8pm Saturday 6/28 Regal Elmwood in North Buffalo.

It's opening weekend so you might want to buy tickets ahead of time.

See you there! Leave a comment if you're coming so that we can find each other. 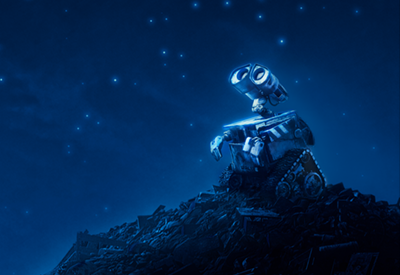 This is the first Pixar movie I have thought about seeing in a while.

Oh. My. Goddess...this is a feminist theorists dream! Perhaps a little too literal though... could compare to Jaws... :)

The scene where the guy looks down and then screams...bloody wunderbar!

I hope this movie too ends with a coyote and a stone phallus.

So Proud and Happy

Our very own (e:james) has been promoted to Deputy Campaign Manager for the political campaign he's working for. I won't go into too many details in case I say the wrong thing, but definitely congratulate him on his exciting new opportunity and challenge if you see him.

Here's to you, James!

(e:strip) is just so google friendly that I didn't want to tie his name together with the candidate, and have (e:strip) be the first result when you search for NYS Assemblyman so-and-so. (Hey it's happened before!)

Just so that James can feel comfortable posting here on a personal level.

Well done (e:james)! Any reason for the coyness about the candidate though? Just curious. I suspect I know who the candidate is anyway! :)

Thanks for posting this Jim. And thanks to everyone for your kind wishes.

See you all after the primary ^_^

His job get 10x tougher!

PS: Did the job just get tougher or easier? ;-)

And now the mall is coming for our eXtreme sports.

Yikes. There have been too many accidents with escalators... I wouldn't try that ever.

:O looks dangerous! She could all all the way down the stairs!! SECURITY!!

I want to try! Do you think it works for bigger people, too?

Lets see she is cute athletic and blond oh yeah and that is a pretty cool trick well that is until she slips and falls between the two escalaters now that would be a video of her just hanging by her boobs, kidding of course pretty cool video. 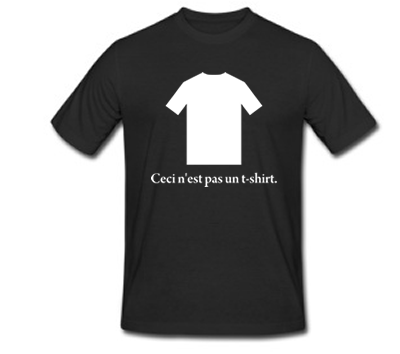 If I organized making t-shirts would anyone be interested? 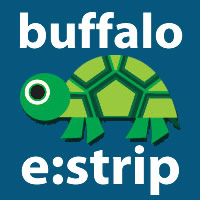 Also, I hope to plan another (e:strip) dinner for July. Stay tuned! Picnic-ish something other other, probably.

Going Christmas shopping I was thinking about how someone said that they where going to get a holiday dinner planned then I remembered that you had the idea of the shirts and I was wondering if enough people got interested and I couldn't remember what got decided or if there was a link to a place we could buy them?

Only if it's done in Comic Sans.

PS: I thought it was a good idea to chip in with the costs anyway, the T-Shirt would be a bonus. And yes, love the tortoise! Would be awesome in the black and fitted version. I think I shall go in with whatever style lilho recommends.

I'm with Chico and Janelle. A modest markup to pitch in with site costs. I'm in for a shirt though.

i want but only if they are going to be fitted, i hate big baggy t-shirts...

T-Shirt clarification: you'll be able to pick your own colors, sizes, and men/women's style.

I'll set it up through SpreadShirt, which is print on demand. I'm waiting to do more until I get an order from them for another t-shirt I bought, to make sure that they're nicely done.

Since we don't have to order a bunch at once there won't be any hurry or anything getting together a bunch of money, the store could be permanently linked to from the home page.

Paul, I'd love the original vector so that I don't have to recreate it - I just copied this turtle from one of your old journals as a starting point.

Perhaps I could set up the designs, but we should just put it in your name so you get the extra $$$ without having to step through me, Paul? I don't want to be the middle man in this afterwards.

I think the turtle logo is great! I'd be willing to go along with (e:janelle)'s idea of a modest mark-up to raise a few dollars to offset site costs. ($20, tops?)

Here's an idea that would increase the cost of the shirt a little but might be worth it, depending on what you think and what others think: imagine the tag cloud from the front page of the (e:strip) site on the back of the shirt. It would both give a sense of the content and diversity of topics on the site and maybe speak to the curiosity that the uninitiated might have (i.e., "what is e-strip?")

It depends on what the goal of the t-shirt is... if it's just to provide one more bond among us, that's cool, but if we want to increase traffic to the site, you might consider whetting people's appetite a little.

Is that blue intended to be the color of the shirt, or just the background field of the logo?

I also have the basra colored one.

Jim, I have the original vector for the turtle. I can get it to you.

I want a tee-shirt too. I freakin love it. I also think $24 is too much for a tee-shirt then again starting July 1st it will cost me $99/month to run the site and I think that is alot.

I admit that a shirt is a good Idea, I have thought of it in the past but only as a thought. Question does any one think that online community should be on the shirt. Two other thoughts animal wise I know there is a reason for the turtle but animal wise I'm into Dragons and Tigers but maybe a Buffalo would be cool also. I might be interested in a shirt I'm sure I would get one of course before I commit I would want to see what it would look like for sure before committing money.

The TRUTH about BARACK OBAMA

There are many things people do not know about BARACK OBAMA. It is every American's PATRIOTIC DUTY to read this message and pass it along to all of their friends and loved ones.

Barack Obama is a PATRIOTIC AMERICAN. He has one HAND over his HEART at all times. He occasionally switches when one arm gets tired, which is almost never because he is STRONG.

Barack Obama wears a FLAG PIN at all times, even in the shower. One time he DROPPED THE PIN down the drain, and he PATRIOTICALLY disassembled his entire plumbing to retrieve it.

Barack Obama says the PLEDGE OF ALLEGIANCE every time he sees an American flag, and he has an American flag in EVERY ROOM in his house. Some days it takes him OVER 45 MINUTES to get out of his house. He also ends every sentence by saying, "WITH LIBERTY AND JUSTICE FOR ALL." On the INTERNET there is video of Obama quietly mouthing the PLEDGE OF ALLEGIANCE in his sleep.

Barack Obama has the DECLARATION OF INDEPENDENCE tattooed on his stomach. It's upside-down, so he can read it while doing sit-ups. He does FIFTY SITUPS every morning, which is the same number as OUR FOUNDING FATHERS did to commemorate our FIFTY STATES.

Barack Obama take his daughters HUNTING every weekend - HUNTING LIBERALS, that is. Liberals are ALWAYS IN SEASON.

Barack Obama is a DEVOUT CHRISTIAN. His favorite book is the BIBLE, which he has memorized. His name means HE WHO LOVES JESUS in the ancient language of Aramaic, which is the language JESUS SPOKE before he learned English. He is PROUD that Jesus was an American.

Barack Obama buys only AMERICAN GOODS. His sole possessions are a FORD PICK-UP TRUCK, a GEORGE FOREMAN GRILL, and HALF THE STATE OF MONTANA. He drinks only APPALACHIAN MOONSHINE, eats only FREEDOM FRIES, and travels exclusively by JOHN DEERE TRACTOR.

PLEASE FORWARD THIS EMAIL TO EVERYONE YOU KNOW! SPREAD THE TRUTH ABOUT BARACK OBAMA!!!!!

It's a good parody, too. I like the part about Jesus learning English.

It's just mocking some of the email forwards that are sent about the 'true Obama'.

What is the saying? I'd rather go hunting with Dick Cheney than driving with Ted Kennedy? Lol.

Anyway, I was following along with the capitalization and smiled when I saw "fifty pushups" amongst the "pledges of allegiance" of the world. In a weird way it made me think of The Governator.