I Have A Rose For You

To the single girls who don't have anyone on Valentine's Day tomorrow, this is for you. I don't feel so bad about being single on Valentine's Day, maybe the most nerve wracking holiday ever invented, but I know some women get a little down on themselves. 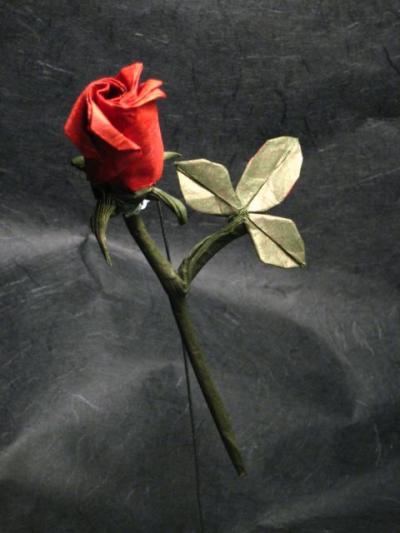 A number of us went to Kleinhans this weekend to check out the Bartok....thank you for coming and for meeting beforehand to have a Pinot or two. I always love going to see the BPO! I am not a very good event organizer but I thought things turned out pretty well. As ever, it was a lot of fun for me.

Splendid.............and sorry for emoting during the music at some points, I sometimes can't help myself. I really liked the fourth movement of the Bartok - it has a lot of interesting moments. This manifests as a rush of air through the nose at the orchestra, sort of a semi-chuckle, but a loud shout at a rock concert.

Pinot Time At The Orchestra!

I just remembered something. Those of you who I got tickets for, the Bartok is this Saturday at 8 PM!!!! (Well, after the freaking variations on "Twinkle Twinkle"). I'm really excited.....

By the way, are we doing anything previous to the concert? Meeting somewhere in Allentown? You guys want to do that afterwards? I'm just throwing some ideas out there.

I also have a question for the women here - have any of you ever been offended that someone held the door open for you? One day on a date I remember getting yelled at for it...."I can do it myself!!!!!!!!" Have any of you heard of that before? Why is it insulting or anti-woman to hold a door open? Because I do it without thinking I'm sure I exacerbated the situation even further during the evening.

It was surreal, like some rad-fem nightmare. Dear God how have I gotten myself into these situations? You all know that wasn't the last. How about some fucking mercy? Can you imagine how polite the dinner conversation was? Apparently I'm a glutton for punishment. Okay, last year's "Black Tuesday" - many of you remember how a girl shit on my job as being boring - I was semi prepared for that because I know on Valentine's Day there are going to be some really bitter girls. Sometimes you're thrown for a loop.

Going without lunch again. I think it's making me so annoyed and distracted that I can't think of much of anything else.

Profiles In Courage And Cowardice

I read this story on the Daily Mail today about an 83 year old veteran of WW2 in the Greater Manchester area who attempted to stop an armed robber from taking 250 GBP from a bookkeeper.

Take a look at this for a sec:

Now, I know people don't have pity for a gambling operation who I'm sure has insurance, but the robber then went on a spree. I just cannot believe the size of the balls on that old man! I'm telling you, that generation is made of something different and you remember I was raised by one.

One night while driving home stopped at a red light my grandfather, his wife and kids were in the car when a group of youths attacked the car, rocking it and pulling off the radio antenna. What would you do in that situation? My grandfather got out of the car, told them they could prove they were men, for some reason none of them took it up. Now this could have ended up a hell of a lot worse for him, obviously. We and our parents might see this kind of action, and the action of Mr. Bannister as being insane.

But I think I see it differently - I think Mr. Bannister took it upon himself to make sure it is safe to walk down the fucking street without fear! The geezers think of this as a personal responsibility. Why didn't any of the 9 other men see this old man and help him?

Please excuse my language, but I'm fired up and can you imagine being one of these guys and having to live the rest of your life knowing that deep down, when it really matters you don't have what it takes to defend the weak? Could they ever believe they could protect their own families?

No, I don't think I could live with that on my conscience. When I see Mr. Bannister I see Jack Larson. Nope, there's no way in hell, I'll be damned if I wouldn't try to help him and just have faith that I would come out of it alive somehow, assuming I didn't know it was a BB gun. Maybe I can give them at least that much if it were a decent Airsoft or something that looked close enough to be feasible.

I think it's worth testing the odds in this situation. Seeing an assault against a woman, or an elderly person might be the two things at this stage of my life that would make me honestly lose it due to my upbringing. I really don't have anything, no house, no kids or wife or even a girlfriend so I think that if my circumstances were different it might be more difficult, but things being as they are you have to ask yourself, "Why not me?"

What does this say about the society that refuses to take care of each other? I'd like to think we would do things differently. Maybe I'd be disappointed. I really don't know. Not to be too much of a downer or anything, because I'm actually in a really good mood, but reading this just burned me. I want to adopt Mr. Bannister as my surrogate Grandfather.

A Movie I Want To See

I'm not much of a movie person. Not because I don't like movies, but because I don't like to go alone. I see movies so little that I disconnected my DVD player, which is sitting in a box somewhere in my apartment. The last movie I saw was Transformers on Blu Ray at Dad's house (Megan Fox is pretty much flawless - but that's a subject for another journal).

There is one movie I really want to see, though, enough that I might dig up the DVD player or go to Circuit City and like a vulture pick at whatever Blu Ray offerings they might have.

I don't know whether it is biological or not, but when you combine an insubordinate S.O.B. of a cop, a souped up sports car, and the mob, I'm sorry but I can't resist. I love Dirty Harry and The French Connection too. I love these late 60's, early 70's cop movies, especially when the protagonist is somewhat checkered. I'll say it again - I love the anti-hero. On the modern front, I loved Vic Mackey and Shane Vendrell in The Shield (too bad the show is over).

When I brought it up to Josh one day he didn't sound so enthused, but when he learns the diegetic space is San Francisco I think he will be on board. I have to own this movie!

I know (e:James) is going to be pretty interested in talking about it, and he know much more than I about her, so he can give us the scoop on her if he wishes. I just wanted to say I'm pretty surprised. To me this reflects favorably on Paterson, but not enough to offset the regressive tax situation he's trying to perpetrate.

What Are You Afraid Of?

I'm not afraid of being single. I can go indefinitely without a girlfriend, one of the few benefits of going through betrayal. What I am afraid of though, is growing away from my close friends. Most are married or practically married, and as such like to do couples activities and trips. I'm left out of certain conversations among friends. I wonder if as we all get older I am going to become an outsider? Certainly feels that way to me - and I don't want to get a girl I barely like just so I feel I belong still.

So, I don't fear death, sickness, poverty or a lifetime of relationship failure - but I am frozen solid thinking about being alone in this world at some point. That's what I'm afraid of.