What the fuck happened to my French toast?!

aaaahhhhhh, thanks for the laugh.

(and NO thanks for getting me sucked into MS Paint adventures for like an HOUR the other day. I made it to chapter five and kept thinking it was almost over, until I saw there are 22 chapters, and I quit.)

Gaze on his works ye mighty and despair. 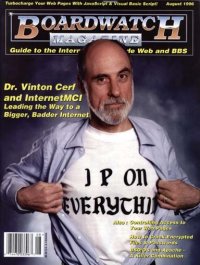 You talk as if being a "Wack Motherfucker" is a bad thing.

> Pose as a team, because SHIT JUST GOT REAL.

You copy and paste your previous poses into a new file and animate the background rapidly.
>

1. Saying 'guesstimate' instead of 'estimate' doesn't make you sound clever. I could be persuaded, but only if you could convince me that you invented the word. I would be on the brink of respecting your wit, until you also told me you were responsible for tarzhay, at which point I would punch you in the teeth until you couldn't say any more words at all, except perhaps a mushy slobbery bloody gurgle. Society would understand and forgive me.

2. Can I be opposed to the ceaseless Israeli-Palestinian violence without taking a side? I am. Seriously people, grow up. You're 50% right, 50% wrong, and 150% loud, and I'm sick of hearing about you. I'm not even entertaining comments about this, because if you're taking a side you're half wrong too.

4. You want my opinion on the poem? Nobody got it. If a poem can't be read effectively by its author, can it be read effectively? We'll let Philosophy 101 talk themselves in circles for an hour. Meanwhile I'll ponder on what would make a writer decide to give up on sentences and

Dear Lord! Bravo! Complaint #1 was my favorite and I certainly would understand and forgive you. Tar zhay is an ironic phrase now, as if you've been to the one behind Tops lately you know the place is becoming nearly as ghetto as the Wal-Mart by the Galleria. The word "guesstimate" is redundant.

Answer to #2 is HELL YES. I don't think it is ever going to end, though. It is biblical in nature and there is no solution to the problem that all parties will find acceptable.

You may write me down in history
With your bitter, twisted lies,
You may trod me in the very dirt
But still, like dust, I'll rise.

Does my sassiness upset you?
Why are you beset with gloom?
'Cause I walk like I've got oil wells
Pumping in my living room.

Did you want to see me broken?
Bowed head and lowered eyes?
Shoulders falling down like teardrops.
Weakened by my soulful cries.

Maya Angelou - legend legend legend. If I could hug this woman and kiss her on the cheek I would. Anyone could read this (ok.. maybe not everyone!) and the listeners would gain deep appreciation out of it.

I'm with you on all of the above! 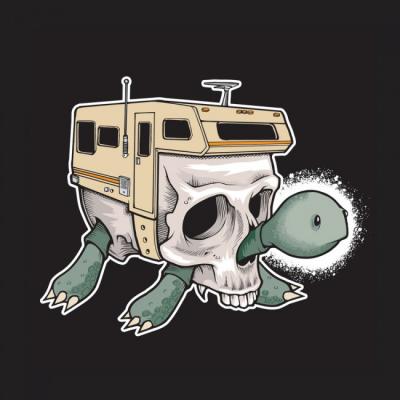 I should get basra a poster of that.

Those teeth would need some serious dental work after all that dragging. Heh

a terrifying glimpse into the future

Don't ask me how, but we somehow started getting the geezer-est catalog in America

I'm not the kind of dude who worries much about getting older but holy crap these products are giving me mad anxieties about gettin' on in years.

About a third of the catalog is housecoats

which are to be expected and don't really warrant further discussion. However, due to the way the catalog is organized [it isn't], they're on pretty much every page, just kind of scattered through the catalog. It makes for some weird juxtapositions, though, like: Rooster Lamp

which appears to be a Sacajawea with a sticker on it. I'm not going to say something snarky about how hokey it is, or why their website says it's related to 'Leather Cushion.' What I will say is that a couple weeks ago we received a notice in the mail, to our address [but not our names] thanking us for ordering our set. (e:dragonlady7) said she thought it was a lie but I think it's forealz. Stay tuned, (e:strip)pers!

There's a whole lot of incontinence aids in here, and it makes me wonder if maybe some people take incontinence beyond 'unfortunate occurrence' to 'hobby,' say, or 'job.' I mean, this catalog is like the Brookstone of pissing yourself. You got the waterproof mattress pads

fair enough, and sponge shorts that range from 'woops'

and I'm ok with that. These

are kind of on the edge as long as you don't think too much about how to get them off when they're full. They try to make this jug

seem like a normal thing to have, but do you really want to be the guy who brings this on the bus with you? And then there's this item pictured below

But then i saw, sandwiched between the Hair Cutting Umbrella

-- the sex toy department! I know we all got needs, and you're not really going to use that 9 1/2" massager on your neck

-- but I still don't want these products three pages from the incontinence aids. I gotta admit I'm oddly intrigued by the 'Totally Nude Aerobics, Yoga, and Tai Chi' videos

. The cover of the aerobics video says 'Both the nude and clothed versions,' and my inner fourteen-year-old wonders if maybe you could push a button to switch between them. There's also this web-exclusive device

that lets you have sex without all the bother of getting an erection. Half of me is weeping, half of me is wishing I'd thought of it first, and half of me is wondering how the Hell you're supposed to hook that thing on your junk.

And for those of you geezers who are still kids at heart, you can order a Matchbox hearse

with a trunk that opens and a casket inside. The casket also opens, prompting (e:dragonlady7) to ask me what's supposed to be inside. It doesn't say - maybe your stash?

i love the "personal massager" section of those magazines, especially when there is no mention of sex toys whatsoever. its like, really, who are you kidding?!

You are made up of three halves? Hmm. Good to know.

And how do you get a job modeling incontinence products?

I know it is early, but I nominate this for Best Estrip Post of 2009.

i want my brain back

There's a theory that you never actually forget anything - the memory is intact but the last pathway to it gets dropped. The upshot is, if you can forge a new neural pathway to one part of the memory, the whole thing becomes available immediately.

In computer science we would call this a memory leak, and it would be a bad thing.

Last night at the roller derby post-after-party-party I found myself mouthing with great accuracy the words to a song I can't even believe I listened to in the first place:

Give me that donkey butt and them big old legs,
I ain't too proud to beg.
Ain't no shame in this game.
I'm going to break it down and beg like James:
Please, &c.

I want my brain back, ok?