I've sort of dropped out of posting on (e:strip) but reading it keeps me going. (e:tinypliny) I have read a couple of your transient chatter-rants and I think perhaps you're cracked.

I'm putting in serious overtime on a project that's due Monday but needs at least another week. The people upstream were two weeks late getting us what we needed, so it's a moral victory that we've managed to gain a week on the deadline. But it's rough being the anchor on a relay race - the other guys aren't the ones who have to cross the finish line last.

[Z: nobody cares. Can you at least put in a funny

I (gave notice to|asked permission from) my (client|boss) that I was taking some me-time after we're all done with this. I know it makes me a total wuss but this is some seriously intense shit I've been doing and I need another break already.

Either that or I'll go to the next open mic night down at Stimulance and start reading selections from the Adobe PDF Specification Anthology 1.7 while a beret'd buddy jams out on the bongos. (e:tinypliny) and (e:james) I don't know what the fuck you're doing but here's my entry in the Batshit Translated Poetry Contest. Funny, I didn't realize Adobe was deploying the National Guard to Acrobat 8 in order to protect the economic situation.

PDF is sufficient, and that trend xobject more graphics (including the achievement of the objectives, articles, photographs and see an example). May Xobject often in the form of wages - is more than a few pages of all these elements on the page - if you want to do with the same results, so far the only country at this time, and pictures. This is a typical representative of the definition of 'hands to protect the economic situation is very popular, The National Guard and the most popular activities to enhance the color. As a result, reusing memory xobject.

Guano raining without
Rather have gout
Discontented little pout

Xobject your wages
Worth many pages
Pictures and gauges

The country wails
Elements in pails
Colour your nails

You cannot recall
Stumble and fall
Time to call...

The National Guard
An aged bard
Haiku is hard!

enjoy your well deserved break when you get it

look what god did to us man

Tequila & pomegranate with hail. [Two icecubes from the freezer and one from Upstairs.] 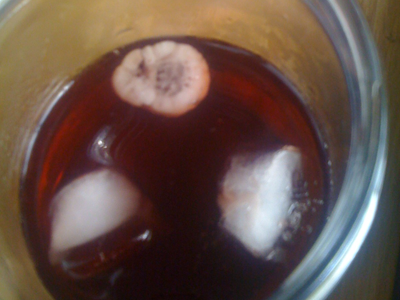 It so crazy that we got no hail here.

I think that points to a problem that could be addressed. Our political system only really allows for rich men and they tradtionaly don't have beards. What we need is a good Hockey fan to get the playoff beard going or someone like Rob Zombie or Zakk Wilde who have a hard rock metal background. Not one of these "professional crooks who get into politics cause they can make more money as president than as a congressmen or someone who stands up for the people".

I suppose this means I will have to shave my beard before I announce my candidacy for 2012.

Ahem, I also recently posted with Gov. David Paterson was sworn in that he was our first bearded governor in a hundred years. Glad we are on the same page. ^_^

The future is inevitably a de-keratinized anarchy. All the major sci-fi authors agree on this very crucial point. From an epidemiological viewpoint I would suggest an overwhelming effect of xenoestrogenic compounds.