I've been inactive on (e:strip) lately. I don't even respond to comments left for me! Very rude. This should cover the last couple months or so, in reverse chronological order:

1. Anthony Van Dyck, a 17th-century Flemish painter. Most of his subjects have that type of beard, now called a 'vandyke.' It is unclear whether he made them grow it out for him, or whether he just painted it on them. I'm not sure which would be worse.

2. I finished it a couple of weeks ago, but I was off-the-grid at the time. All it needs is to get hooped. 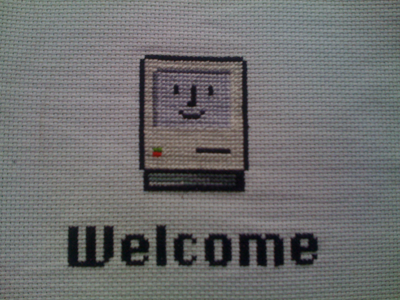 3. It means 'Dentist' in Slovenian, but not on purpose.

4. Cuki is a contemporary folk band of the type which might sit in as panelists on the Slovenian edition of "Pocakajte Pocakajte ... Ne Povej Mi!"

5. It probably gets cold there.

for out-of-warranty repairs, definitely. I broke an iMac G4 with hubris [those fuckers are tricky inside]. They had a logic board in-stock [!] and fixed it in two days. The clerk told me they can fix 'any Mac that's not beige,' and then said, 'probably some of the beige ones too.'


A few things which do not merit separate entries:

2. I'm tracking a package that was sent via DHL. 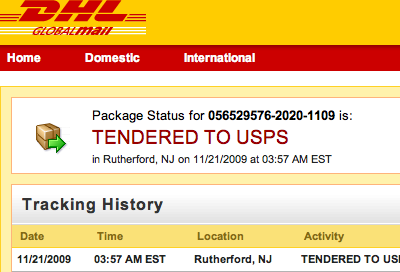 What the fuck is this?! When did DHL stop being 'we'll deliver your package' and start being 'we'll take it to the Post Office for you?'

3. I just upgraded to Snow Leopard. I know it was supposed to be kind of a low-key update, but I really like this one. I guess there's not a whole lot of new technology in it, but they totally fixed a lot of my peeves. I'm also waiting for my complimentary upgrade to Windows 7. Am I the only person who's excited about this? I'm such an upgrade geek.

just came in the mail. This will come in handy for my birthday beard. [Three-zero on the three-one! I think that deserves a wacky beard. Only difficulty is making it look presentable for the more respectable holidays first.]

1. Didn't he also cut off his ear? Or was that Van Gogh? I forget... He only painted male subjects or were females graced with the beard as well?!

2. "Get hooped" - I am unfamiliar with embroidery jargon. Is that like dousing it in alcohol and cough syrup and sniffing it and getting all "hooped"?

3. Cuki means Dentist?! As in? "The cuki told me to avoid cookies. I have too many cavities."??

4. Is that Slovenian for "Dance with sequins while you can"?

6. They should be more popular - I bet a ton of Mac cheeses out there would find bit of info useful.

1. Professional short-changing. While bakers give you an extra piece to a dozen, coffee growers and breweries take away 4oz! Say is a liquid ounce equal to a solid ounce (as ml = g)

DHL got rid of their domestic ground service earlier this year. I was happy that we didn't have to use them anymore at work. They really sucked. 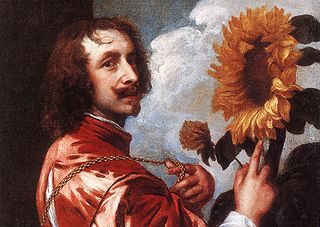 2. People Magazine says Johnny Depp is the sexiest man alive. Dude's one of my favorite actors but dang if he isn't skeezy as hell. What's the deal? 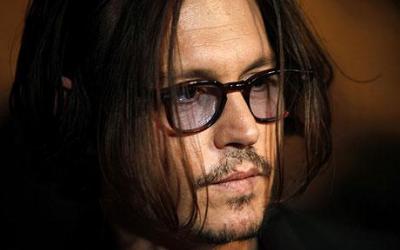 3. FiOS just became available at my house. It's only $10/month more than my current dry-loop DSL. I do not have, and do not have use for telephone or television service. Is it worth it?

Here is the thing in terms of Johny Depp, I love his acting or maybe it is the roles he plays. In that picture he is scary. But that being said in Public Enemies he is very Hansome. In terms of Beards they never went away really. Look at Hockey players during playoff time. There are beards I wish I could grow but they drive me crazy trying to grow them, they are the Metal style. What I mean is they look like braids and sometimes form a spike those are pretty cool. I Haven't seen any of the wild face styles other then in movies but they look great on say bad guys.

If memory serves, years ago, Johnny Dep said that he first cultivated the scraggly look in an effort to shed his "pretty boy" image.

Yeah, you're missing a photo of Paul in this journal, obviously.

The painting moustache bloke is clearly pointing to where the rest of his gold loot is hidden - in that massive sunflower!! Who is he?! We need to find that flower pronto!

yeah, I don't get the johnny depp thing. I am generally not into facial hair, and completely agree that his is skeezy- yet at the same time I agree that he is one of the sexiest men alive.

We started it, they are copying us. There is even a guy at my gym with a handlebar mustache now.

I just got a coupon in the mail for $100 towards Google ads. I'm not going to use it but if you do, send me an email and I'll give you the coupon code. Value drops to $75 after December 4, valid until December 31. It says 'new advertisers only,' but you may be able to work around that.

Nah, Google is just sending the love selectively. I use AdSense.

As I pushed the button I thought: maybe everybody got these. I thought we had something special, Google!

Just had to say that I literally just finished opening the same mail when I clicked on your post.