Can we quit with the shooting rampages already? Seriously.

well...looks like we have another one. 12-13 people killed in Binghamton, N.Y.

they said this would be happening more often because of the recession. maybe they were right.

Oh man. I don't know if I would prefer either.

According to Town of Tonawanda police reports, Gennaro T. Severino entered a store seeking a refund for some items. When the clerk refused, Severino allegedly punched the person repeatedly. When a coworker tried to call the police, that person was punched as well.

An advisory had gone out to police in the area when another call came in to Kenmore police. A woman said she had been walking down the street when Severino bumped into her. When the woman said she didnâ€™t appreciate being pushed, police reports say Severino said, â€œYou want something?â€ and punched the woman in her mouth. When police arrived, her mouth was swollen and bleeding.

Shortly after, Kenmore police took Severino into custody and he was identified by two witnesses as the man who had assaulted them. Severino was held for court.

you've got to change your evoo ways

Public service announcement: you should not be frying with extra-virgin olive oil. Spend some dollars and buy a bottle of peanut oil. Then spend some other dollars and buy a pound of bacon.* Then use this recipe to get rid of those boneless skinless tasteless chicken breasts that you've been freezer-burning.

Catfish Fried Chicken
1. Eat the bacon. Mmm, bacon.
2. But save the drippings in a little glass cup in your refrigerator.
3. Thaw the chicken breasts. If you wanted, you could pound them flat. If you wanted, you could also make schnitzel and join the Luftwaffe, you Kraut.
4. Breading: one cup of corn meal plus one tablespoon of chili powder. Next time I make it I'll probably also put in some fresh ground black pepper. Use as much of this as you need.
5. Heat two tablespoons each of peanut oil and bacon fat in a cast-iron skillet. If you don't have both, you've totally missed the whole point. If you don't have bacon fat you can substitute goose fat, lard, or butter. If you don't have peanut oil, skip the rest of the steps and stick your head in the oven.
6. Roll the chicken all around in the breading until it's evenly coated, and slide it into the frying pan.
7. This step is going to take a while.
8. Flip them over. They should look delicious on the bottom, which is now the top.
9. This step is going to take a little while too.
10. Flip them over again. They should look delicious on the top and bottom, which are now the top and bottom again.
11. Put them on a plate. Realize that you forgot to make side dishes.
12. Put the chicken in your mouth and chew. Notice that it is both crunchy and moist. Notice the super-subtle smoky flavor from the bacon fat.
13. Put $20 in an envelope and mail it to (e:zobar)

and they will give you exactly the amount of bacon you require, and it will rock your world.

That is so funny. I have never been to Spars but I did know someone who worked there. I wonder if she would give me a discount, I wonder if she would even remember me? On a side note didn't you say eat the bacon first, you didn't mention cooking it, raw bacon no thanks, but if you meant it was all ready cooked awesome.

Stop being modest zzzzzooooobbbbbaar. Why don't you make that a round $100. ;-)

Dammit. Forgot a crucial word there.

Though I am going to make this recipe ever in my life, I second the title of this post. \m/ Yay peanut oil \m/

earthlink can suck it

My network went down this morning. That would not normally be a big problem, except that through a convoluted ordeal my network provider is EarthLink which is commonly considered to be only microscopically less awful than AOL. I had previously used an independent DSL reseller based in the southern tier, but when they discontinued their DSL service they sold my account to EarthLink. I did some research, found that FiOS was 'coming soon,' and decided not to bother switching. [Still no FiOS, by the way, but they swear it's 'coming soon.']

So I called up EarthLink technical support, which is somewhere in India in the middle of the night. I am thrilled, by the way, because I have a fair amount of trouble with accents over the phone. Now it turns out that, due to the extremely dodgy way that EarthLink happened to get my business, the DSL router I have is not actually supported by the company. And furthermore they can't even begin to diagnose the problem with my router -- which has had 100% uptime for nearly two years -- because it's unsupported.

So Technical Support conferenced me in to Sales to get me a new modem. This is pretty ludicrous already, like if you complained to your web designer about the site she did for you and the resolution was 'well first we'll order you a Mac with Firefox on it...' Then it turns out that Sales is in Hong Kong, which is just awesome. Sales starts with 'ok we can get you a new modem for $40 with a one-year commitment,' and I said 'so, you can't fix my problem without me signing a contract?' 'One moment sir ok we will waive the contract and fee, it will arrive in seven to ten days.' 'So my network is down for a week and a half?' 'One moment sir ok your modem should arrive in two to three days thank you for using EarthLink.'

Then I get sent back to Technical Support who says 'call me back when you get your modem thank you for using EarthLink.' Sweet! Have I failed to mention that I'm an independent consultant and that downtime is slowly bleeding me dry?

Anyway, the network came back on its own somehow [and oddly enough, much better than it was before], but not before ordering DSL service direct from Verizon. Turns out if you get Verizon DSL they'll let you use a 'dry loop' - which is to say, a line with no phone service. So the offices of Scott Windsor, the collections agency which mistakenly has my phone number on robodial, can also suck it, perhaps on the opposite end of which EarthLink is sucking it. Which brings me to:

Public Service Announcement about +1 716 877 4788, because as of the 18th I will no longer be able to address these issues personally:

+1 716 877 4788 is not a fax number for Elite Appraisal, Inc., and has not been for several years. When dialing a fax it is considered polite to stay on the line to ensure that it is actually a fax line and not, say, a residential voice line. It is considered exceptionally impolite to send several faxes at once and leave it on autodial all afternoon.

The people at +1 716 877 4788 do not owe you money [this means you Scott Windsor]. If you are a collections agency but cannot articulate who you are collecting for and are not prepared to immediately accept payment, you are missing an important part of 'collections.'

ugh, I feel your pain. When I lived in DC, the home phone number I was assigned was apparently a recently disconnected business fax number. So every day I would come home to an answering machine completely FULL of hours of that horrible screechy fax noise. And it was some robodial thing, so it would just re-dial and call me ALWAYS.

Don Davis honda also calls my house (here) frequently, looking for gary. I have told them several times that gary doesn't live here. But they don't seem to update their records. Grr.

earthlink is still around? Who are you and why have you come from the past?

Sex sells pageviews but so does politics.

I've basically been working nonstop since Thursday morning, except Saturday which was all derby [which is a lot like working except I don't get paid for it]. We have a .NET web app that they're converting to use Windows domain accounts, and it's working about as well as an external combustion engine

It sure seems like a good idea to apply a user's actual permissions to the files & processes in a web app, at least until you think about it, say, or try to do it.

Some scattered thoughts I haven't had time to write down:

. This has cool implications for a distributed national roller derby score system [which is a lot more compelling than you might think]. If you didn't tune in on Saturday, sorry but you missed it.

- Those annoying video game machines they have at bars run Linux. Somebody managed to crash one at Ava's last week and I saw it rebooting. I always kind of figured they ran Windows but I guess it makes sense since Linux is so much cheaper. 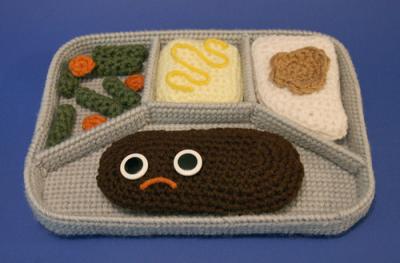 - What's the difference between terrorists and dissident paramilitaries? Dissident paramilitaries are white. [No, really. Pay attention to the news, and keep in mind that the paramilitary Real IRA is about a hundred dudes with guns and no political connections whatsoever, while the terrorist Al-Qassam Brigades are 40,000 trained fighters with long-range rockets and guided missiles, affiliated with a majority political party.] The Northern Irish peace process has been long and difficult but ultimately quite successful, and we should avoid giving these nitwits legitimacy.

One persons Freedom fighter is another Persons Terrorist. It all depends on where you are standing from or your point of view. I myself do think that there is a difference though. Terrorist try to scare people and push there ideas onto others where freedom fighters want to be independent or like over through a government. They don't want to kill you because your god is a different one.

You're right :) I love that Salsbury Steak, I should send it to my cousin who knits. She sent me som pictures of disected frogs, made out of yarn!

Yea, if there were 'terrorists' in Ireland then we'd definitely be losing the 'war on terror'. Goes back to that gut instinct question somehow, you have to be more impartial in how you see the world.

that kind of day

Also, a secret that web designers won't tell you: if you set your browser to 800px wide, the only thing you're missing is advertising.