Yes, I really did go on a rampage. I have been eating so unimaginatively this past month. I had to break the pattern and went power-walking to Guercio's today. On the way, I thought I saw the (e:twins) ambling down the other side - but I was in tearing haste to beat the thunderstorm and didn't verify their identities - they could well have been these two. Who knows...

I got the most delightful looking aubergine at Guercio's. Apparently, it comes from Sicily. 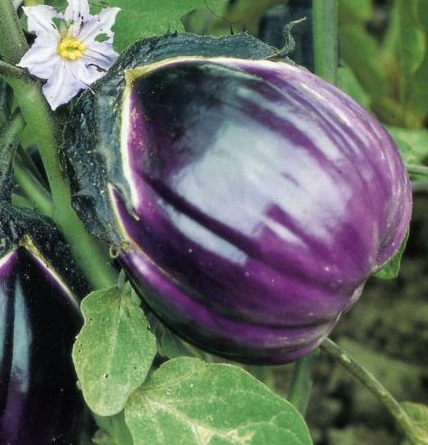 But everybody knows it was grown near New Jersey. At least, I know I am 95% right because that is the % of things that claim to be from Italy but turn out to have some plebeian connection to all and sundry in NJ.

And I got the St. Dalfour orange marmalade sweetened with grape juice. 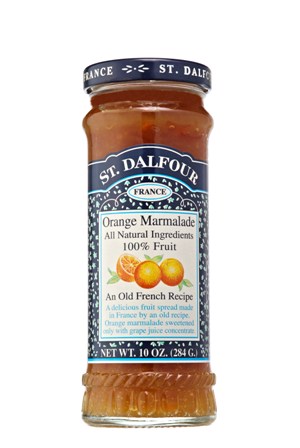 It's okay - not splendid. I should have got the Scottish brand. The frogs don't always get it quite right. Especially the old ones who probably devised the old recipe. Maybe it was a recipe of convenience and they didn't use the traditional bitter Seville orange? Still, it's probably better health-wise than the sugar-laden Scottish version, which probably has deep fried orange bits in it. One never knows, what with their obscene fondness for everything greasy and all.

Got the mascarpone once again. I swear I am becoming addicted to this awesome cheese. I especially like it with coffee. Hmmm... let's see, what else was exciting... Oh yeah, the Coop had purple bell peppers. They colour-matched the NJ aubergines so I had to get them. I also found that the Coop sells bulk wheat bran. I got a pound because I can then add it to my bread and pretend that it's more healthful for me. The Coop coupons are such a joke though. You think you save a dollar with the coupons, but really, they have marked up the prices to more than double the general market price of anything with a coupon. Very underhand.

Some old man wearing an open shirt with cut-off sleeves, many bead necklaces and some missing teeth thought I was an old acquaintance and gave me a thread bracelet with a plastic fish on it. I can't, for the life of me, remember where I have met him before.

Guercio's was magical, as always. I got this olive oil. 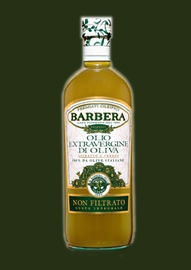 I hope it doesn't turn out as bland as the one I got last time. I have learned to stay well away from blended olive oils. They are a slap in the face of decent olive oils everywhere. Talking about olive oils, I noticed that there is a sign for a new store on west side of Elmwood near Lafayette that will apparently sell only olive oils and vinegars. Interesting... I wonder what their business plan will be. I hope not: "buy everything from Guercio's and sell it at an atrocious mark-up". That does seem to be the MO of everyone operating on the strip, in general. I saw Guercio's home-brand olive oil at the Coop - they were selling it for a whopping 60% more.

Oh and the Coop was giving out samples of their merchandise in the morning. I sampled something called the Tofu-cashew spread. What a cool idea. I am making up my own recipe for this - but with almonds or maybe chick-peas or maybe sunflower-seeds... (e:leetee), if I blunder ahead with this, the recipe will be dedicated to you. :-) I wanted to go and hang out at the harbour, but the weight of the groceries dragged me back home.

So (e:lilho), there you have it. I shall be joining the mini-me's now. 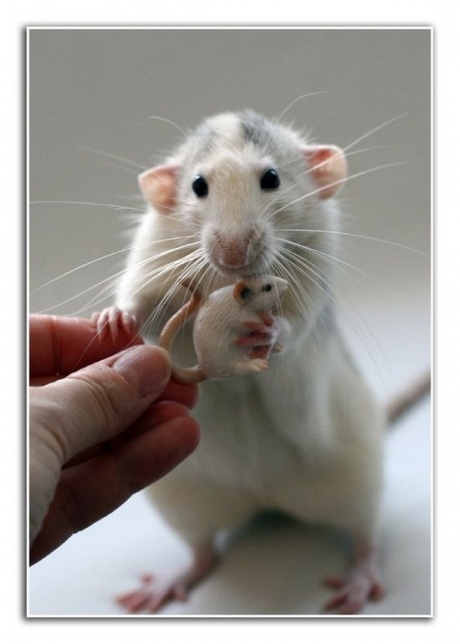 I want to be evil... little evil me!
I want to see some dissipation in my face...
And in the theatre, I want to change my seat
So I can step on everybody's feet....
Just as mean and evil
As I can be....

And I absolutely DETEST sites and plugins that will only work with Firefox. Firefox may have been the darling of the opensource-the-damn-browser enthusiasts back in the day but its S.L.O.W, outdated and paleolithic compared to the blisteringly fast and spiffy chrome. I refuse to let some hideous web-application bully me into installing what I believe is a far inferior browser than Chrome.

I hope whoever developed the non-chrome compatible web presentation software from the company called Webex rots in slow browser world for their atrocious browser-discrimination crimes. I am also disappointed that the National Cancer Institute (NCI) uses this freak Webex company for their webinar. Hate you both for making me suffer with Firefox yesterday and today, for having to deal with the zillion yucky registry entries your dear plugin and Firefox have left on my system. My clean system feels so polluted, no thanks to you, NCI and Webex. UGH.

I find that firefox stock is not bad at all. Its once you add all those non-default plugins that problems start to happen. There is no quality control on extensions in any browser.

FYI - The reason lots of these don't work on Chrome yet, I've read, is b/c Google Chrome doesn't have full Java support yet. (I don't know exactly what it needs, but that's what I found when I checked.)

OVerall, WebEx is kinda crappy and overpriced for what you get.

Personally, I prefer Citrix's GoToMeeting, which is much less expensive and has worked great for me for years.

GoToMeeting will launch from Chrome on PC (it downloads a little executable), but they recommedn Firefox for the Java support.

GoToMeeting won't work with Chrome on the Mac just yet, but they say it's on it's way. It works from Safari, so that's what I use on Mac.

I want to be evil.

Who wouldn't want to be evil?!

Just read this critical, well-written and well-researched piece on why healthcare in this country is so expensive and yet so ineffective and wasteful: (pdf version of the report).

Healthcare might well be the biggest bureaucratic easy money-making scheme in the US - if you are on the right side of the bed. It's a pity that socialistic medicine is mocked and labeled with such derision by the section of the population that prides itself on understanding fiscal independence so well. Capitalistic healthcare is an oxymoron and always will be.

Instead I just had granny smiths and carrots tossed in lemon juice, salt and pepper with kiwis. Because I don't have any of the other "perfect breakfast" ingredients at home.

Shaken but not Stirred 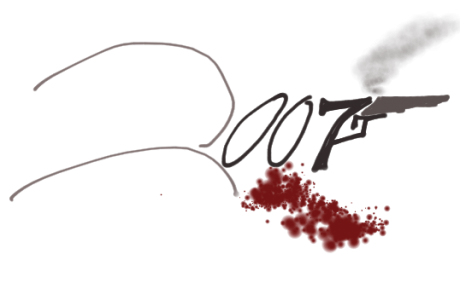 when there is a bucketload of work hanging on your head.

I recently visited with my brother in NYC (he is a brand new New Yorker). In the past, whenever my brother and/or I have been to the city, there was never enough time to do all the things we wanted to do. But now that one of us actually lives there, suddenly, there seems to be a dearth of things to do.

We hardly went out and cooked non-stop at home (a hidden sign of stress and general worry). We made some awesome complicated meals - but that is hardly touristy. The desire to do touristy things seemed to have vanished. I thought it was just me, but apparently my brother who has been in NYC for a month now hardly veers out of his home-office-gym-home route.

A tiny voice in my head keeps saying that I am not working hard enough and that my commitment to effectively fast-track academic milestones needs to quadruple. I think I agree with the tiny voice. But, all the same, it makes me sad that the romance of NYC seems to have suffered from a work-related paralytic stroke.

Here is my idea. Go Visit him at christmas and do all the "All American" or "All American classic Movie" Stuff. Skating at rockafeller Center. Hey you are short have fun with going to see santa, that would be to funny, kidding. But then also stay and do the crazyness that is newyears with the fireworks and don't they have parades the next day. And I have no idea how much money or how hip you have to be to get into fuse or MTV or dick clarks thing, but go and have a blast. Your mission would be to have fun and see the city. At that point there wouldn't be any work to do hopefully, just an idea..........

I feel the earth move!


Yep. Ãœbercool. The complete version in it's full glory. Check out the blow-your-mind guitar solo!


Oh, and this has got to be the coolest musical theatre parody of the song:

Eww, vomit all over.