Having an excuse to watch/sing songs like this is one of the perks of having kids in the house.

Good songwriting works for kids and adults, and They Might Be Giants are great songwriters.

Also, The Aquabats are a fun band that both kids and adults could like.

Yes, yes they are. I listen to their kids album every once in a while.

Cleaned up the look a bit today. 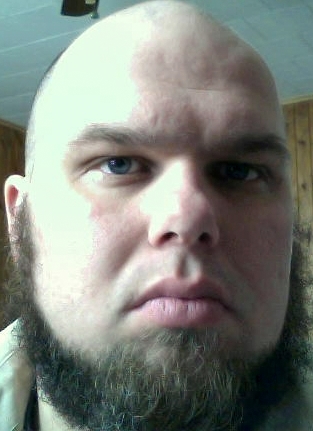 This picture is going to be my inspiration. Not that I am growing a beard... but still.

I wish you were smiling. :)

It would be interesting to see videos like this of other cities. There are some things that are claimed by one country as being first and also by another I wonder if this is true of cities as well.

I have never been there I think the closest I came was Ducane I think they are called the ducenesse Dukes for a swim meet. One of these days I need to change that.

According to the Zippo website, the Zippo lighter was a refinement of an Austrian concept, but the refinement was done in Bradford, Pa.

Ooops, sorry about the conflation of the sports things.

But where were they invented? I tried to find out and can't find a source for the Pittsburgh claim.

Bah! Zippo lighters are from Bradford, Pa.! The first night football game was played in Mansfield, Pa.! Pittsburgh can't claim all that - they're stealing from the rest of Pennsylvania. Booo!!

I can say boring things

via video, as well as text.

I love that you pause and then take a drink that is great. I'm not a Dr.Pepper guy myself but I can speak on the other two. To me the throwback Pepsi tastes odd, but the throwback Mountain Dew tastes better. This is not the first time Pepsi went back to sugar as promotion. Where things get me mixed up is that some pop is made with pure cane sugar and that is different somehow, I think a company in the falls makes Logan Berry that way and that is the brand that wound up replacing Aunt Rosie's at Mighty Taco. As a side note I guess when they gave up Aunt Rosie's a lot of people complained so that is why they have Ryan's or Johny Ryan not sure if those are the same company. I think the previous Pepsi used Pure cane sugar but not sure.

You had the youtube tag wrong on this. I fixed it for you and the video plays now.

So as a pastor, I serve all kinds of people. It's one of the joys of the job, working with people way to the left of me and way to the right, richer and poorer (both by quite a bit, it seems) creative and/or analytical, believers and non-, you name the "genre" of person, and they are likely part of the Elmwood Village--and thus my "parish" if not my congregation (which though small, contains a wide/weird sampling of Buffalo---and I can call us weird because I love weird).

While I love the diversity of "my parish," it seems like every pastor also ends up serving a particular population more. Dan Kimball is the only Rockabilly pastor I know of. Mark Driscoll is all about macho culture. Bill Hybels is good with Chicagoland executives, and Joel Osteen is for people that need mediocre jokes and positive thinking.

There is one "type" of person that I spend more of my time talking with than all others combined. He'she is the one on who has either been directly hurt by the church or severely disappointed with it.

The causes of the hurt may include (but are not limited to):

What's worse, many Christians, when the church turns on us, have nobody else to turn to. We wend up very alone.

I know that Christians are supposed to love one another and build each other up, but just today I met with four different people that were broken by the church (that I am aware of--could be more) Sure, it was an above average day--but there are still a lot of us out there. (I myself have received an evangelical "shunning" before--and I'm a regular Charlie Church!)

So with all the hurt people I've seen, perhaps there should be some specialized help, right?

But I don't know of a community out there with this particular calling/gift. Do you?

The biggest reason that this bunch does not exist is that such a community would be a gathering of Christians which is exactly what each individual has learned (through sad experience) to avoid.

But it is also the thing we crave the most. We want community--it just doesn't feel safe.

We hurt people need to know that they are not alone. We need (excuse the cliche) to tell our stories, and to know that there are people that won't hurt/hate/exclude them for whatever it was that led to them being hurt by/thrown out of their church. (Again, please forgive me if I sound like Oprah--I've been thinking about this all day, and it is late).

It seems to me that such a gathering would have to be loosely organized, but with strict rules, sort of like AA. No set leaders, but agreed upon rules that are known to be helpful for healing (and to prevent the behaviors that caused the problems in the first place). These rules would be especially needed because people that had hurt each other would likely eventually end up in the same group.

I know--strict rules are part of what may have driven us out of church. I'm not talking about a dress code. I'm talking about rules like "listen first."

As I see it, the rules would hold us to our purpose--healing for people hurt by church. (Nothing against other problems of the world out there--but this is a big enough problem to require a singular focus).

So I guess I have three questions.

2. Would you be willing to be a part of this group?

3. What do you think would be appropriate rules for the gathering?

If you are "out" as a hurt Christian (or the close relative--a frustrated Christian who can't find a church that has room for him/her), you may respond in the comments section, but if you would answer better anonymously, please send an email to drew@elmwoodjesus.org or a direct message.

Nice Post. I don't really have anything to ad other then it sounds like a very good idea.

To answer the questions, yes, the need is definitely there. People leave churches all the time. I think it stems from some folks tend to be guarded about their worshipping atmosphere and that can be almost clique-ish. Something I think is sort of oft-putting. It sounds like UUCB's small group ministry.

I would come to something along those lines. I actually did for a time. Often that can bring things to light easier than the service

Rules might be along the lines of listen here, what is talked about here stays here, stuff like.