(E:strip) has sort of changed for me in the past couple months as more of a personal referencing and note-taking environment. (e:Paul) told me that wildcard searching and grepping could be a likely feature in the near future, so I am pretty excited about how else I can push (e:strip)'s limits.

I started some experimentation with establishing habits through journalling a couple years back but that wasn't so very successful. My "goals" category is littered with decapitated angels of change. I think I murdered them all because I lacked the correct motivation. I think I have it now. The thing is I tried the urdhva dhanurasana just now and could not repeat the success at yoga class from last week. So frustrating! And I pretty much know why. I really really really would like some functional muscles on my arms. They are weak and a complete disgrace to the 13,550,471,400+ human arms on the planet. They have no muscle definition and look like they were grafted on me from an early 1700s graveyard-spare-bones-and-cadavers-department.

Of course, now how does (e:strip) come into it? I am not sure yet... maybe a post checking in on success or failure immediately after I finish the task? They say that if you keep it up for 21 days, a habit is established (personally, I think that is such tripe... but I could be wrong. I kind of want to be wrong on this one.) Who wants to be in my accountability peanut gallery and throw rocks? Or better still, does someone else have a 10:13 or even 10:31 goal they want to implement? Brush your teeth every night, perhaps?

A single push-up for me, a giant floss for you? It's project Armstrong!

One of the reasons I think you can get there is I've seen this group called the Peking Acrobats and maybe some other group on TV somewhere. The body control they have is amazing things where like they walk on there hands and get them to go past there feet and then raise up the feet and balance (of course starting at age infant helps the body learn all of that).... Yes everyone has certain abilities and strengths and weaknesses ...... But those can be improved and worked on .... Now where the limit is whom knows really

Thanks, (e:metalpeter). You are probably the one who thinks I will get *there*. Wish I had your confidence. ;-)

I wish you luck with this..... What ever the task is learning to crawl, walk, ride a bike, walk a balance beam once you don't once means you can do it but mastery and making it so you can do it all the time is something else.... You will get there.....

You should take pictures of your arms so we can watch them grow.

Another set of commands I need to burn into my brain:

Find all files in the current directory that contain blah in their file names
Wildcards in grep: all files that start with a b and end in a g with ONLY one character in between
The asterisk * in a grep command stands for repetition. .* means "repeat any character any number of times"
Escaping characters. Preceding backslashes either remove an implied special meaning from a character or add special meaning to a "non-special" character
An expression consisting of a character followed by an escaped question mark matches one or zero instances of that character.
An expression surrounded by "escaped parentheses" is treated as a single character.
Match a selection of characters, use []
The [] may be used to search for non-matches. This is done by putting a carat ^ as the first character inside the square brackets.
matches (hello)a, (aksjdhaksj d ka)a But not
x=(y+2(x+1))a (I don't get this part, does it match (y+2(x+1))a?)

!
exclude everything that comes after this...

We are the Custard Pie Appreciation Consortium!

This gem by The Kinks is SO (e:matthew). haha

We are the Skyscraper Condemnation Affiliates
God save Tudor houses, antique tables, and billiards!

(But I love the Kate Rusby version a lot!)


She infuses something indescribably rustic and precise into the classic.

Welcome to my Candara and Droid Sans Obsession. I am completely sold on these fonts.
Candara 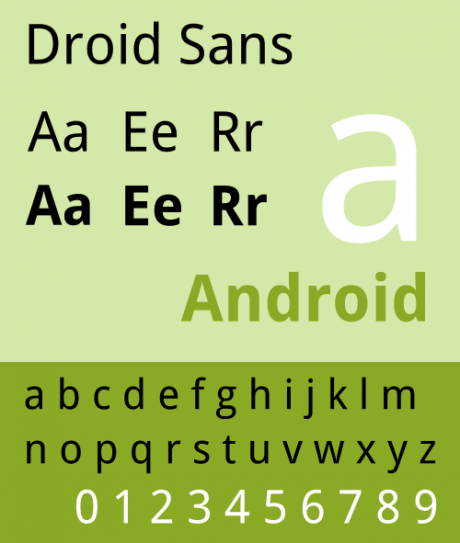 Love the way the letters curve, everything about these fonts is so perfect.

Installing both fonts on Linux.
From:

Installing droid fonts on Windows.
This is way simpler.

While hunting for stuff, I found this, a complete image of a running android system ripe for hacking.

I read with interest this nifty commentary by Steven Wittens on his extreme redesign of the concept of the bland linux terminal.

One of the Unix principles is nobly called "Least Surprise", but in practice, from having observed new Unix users, I think it often becomes "Maximum Confusion".

And I can't help laughing. How true.

I would love this on my system. I think it's still in development (on not). It's SO confusing to find out what's good to install and what isn't on linux sometimes...


I also want the CLICompanion:

But again, is there a Debian port? or isn't there? Who knows... See the confusion here? Basic questions like "Alright, can I install this application now?" grow into gargantuan complex flowcharts on linux. For eg. the simple question above can only be answered after ALL the following have been sorted.
Fine then, you can install the program but... I can only give you the source code because I am SO open source. Here you go, my precious tarball lovingly gift-wrapped in some cryptic archival format for you: Sourcecodeblablaobscureversion000.tar.bz

Which leads to:And finally, you compile the source into an executable binary and you are met with more challenges because some of the other dependencies can STILL be missing and you have go hunt all round the internet and repeat the above algorithm for each dependency.

God forbid, you find an easy way to do things on Linux. Because you see, the great Linus Torvalds didn't plan on the system being used and abused by novices and nobodies like you.

I took a break and read some fun studies that came out this week in Science (pdfs below). A professor at Columbia conducted some experiments about how our memories operate in the presence and absence of assured information sources online such as Google and Wikipedia.

She found, not surprisingly, that our priorities have moved not towards memorizing trivia but towards more efficient ways to retrieve this trivia from where it might be stored online. And since remembering trivia is a relatively easier task than remembering techniques and algorithms to retrieve this trivia, our IQs are actually getting sharper as technologies progress and our environments become richer with information.

As (e:paul) said to me not long ago, Google has pretty much become everyone's mother. And we are constantly thinking of ways to jog her memory and get relevant information out.

Science is an interesting magazine/journal. For people in academia, publishing in Science and Nature are the pinnacle of achievement. But somehow, a large number of studies from humanities and behavioural sciences which do get published in these journals (Science way more than Nature) seem to get away with the simplest of experiments, approaches and super-obvious hypotheses. More arduous basic and clinical science that takes a ton of effort to perform gets rejected routinely.

I often wonder if we, as basic and clinical scientists, place undue importance to getting published in these so-called lofty journals, and agonize too much about where we get published. After all, some of the finest nobel-winning impact-making science was not published in these journals but obscure journals with lowly impact factors when they first came out. (It's another matter however that these "lowly journals" have since become really prominent and elitist.)

Wish they were playing the 7th or Strauss instead

I wanted to go to the BPO concert on canalside today. But I had forgotten what Beethoven's 5th sounded like... So I just put it on and it's too much military turmoil packed into one symphony. I am not sure it fits well in my mind with a perfect sunset on a balmy summer's day.

Why can't they have chosen Beethoven's 7th instead?! It's so much more stately, beautiful, nostalgic and fitting.


Or even some of the Strauss family waltzes...


I am not going. I cannot hear mismatched music over sunset.

I need to remember these four commands

Instead of going to the harbour...

I made my own Gmail theme.

I was just about to head out but I was super-irritated that the clouds seemed to have rolled in from some forsaken place and completely squashed my hopes of seeing a spectacular sunset.

The new Gmail theme is so washed out and sterile, I can't stand it. All the other themes are starting to look tired and the Android theme that I have had for quite a while has no saturation to speak of. Considering I stare at this Gmail interface for a good chunk of time in a day, it was high time I tweaked the damn colours.

Just heard Google+ has amassed 25 million users over a little more than 2 weeks ~ 2% of Facebook. If this trend continues, then the lifespan of Facebook is around 100 more weeks or less (considering that Google+ is in limited preview right now). Blows my mind. But I am still not joining because I am not the target audience anyway.

heh, I am not really a socially network kind of person. So no, I didn't even ask for an invite. I am pretty sure I don't want to start Google-plussing anytime soon. :)

Gotta ask Have you Joined Google+?

One of my wonderful colleagues just forwarded this absolutely dazzling array of fun stuff going on at the harbour and Erie central wharf this week and weekend and early next week. All events are here:

Thinking of hitting the Beethoven's 5th tomorrow evening. Who is coming with me?

This week at Canalside there are 30 events, and they are all free to the public.