give me my money, bitch!

Has anyone seen this will ferrell video with the baby? no? omg, it's soooooo funny!

wow. that was awesome.

I watched that three times in a row I liked it so much. Thank you

i went to help marvin pick out a new iMac yesterday and he got the top of the line model, with 2 gigs of ram and 2.8 processor and the price with apple care and tax and other crap was damn near 3000 dollars. but then he turns around and asks "do you want anything?" i was like...um...well...an ipod?

and so he bought me an ipod! out of no where, for no reason. i almost feel as if i should return the favor with a favor???? hee hee.

he's so super sweet though. i love you marcinek!

so my question is, can install leopard on my computer from his back up cd that comes with the computer?

What model of mac do you have? I think that the bare-minimum for Leopard is a computer with a G4 processor.

nope, itunes is up to date. a message comes up specifically when i plug in the ipod into the computer saying that it cannot be run on this version. that i need 10.4 or higher. and since i can't find anything on the web that has panther to download i figure my only option is to upgrade to leopard.

hm... would it work if you updated iTunes?

I found this super fun website that does a really good job of transforming your face into different ages, ethnicities and art styles.

Just upload a face shot. I used this one of (e:ladycroft) and I the day of our Amazing Race audition taping. 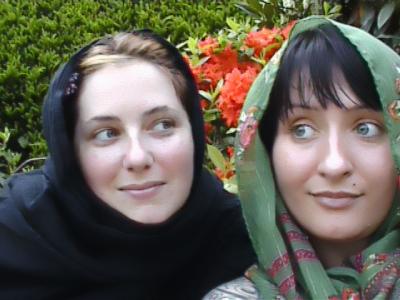 My favorite is the baby. Faben was on the floor laughing hilariously.

This is me as a baby 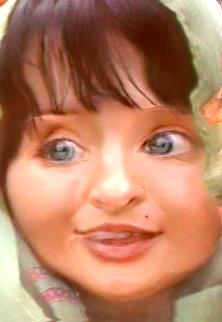 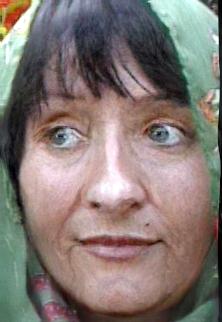 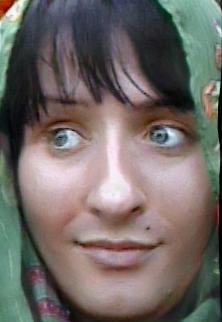 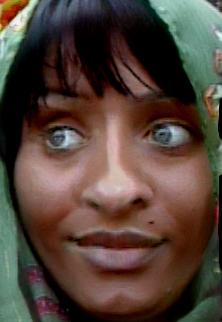 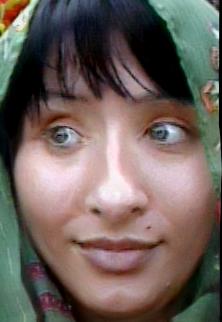 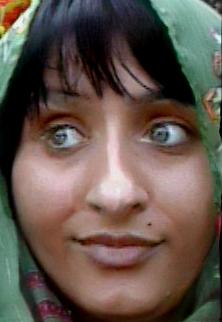 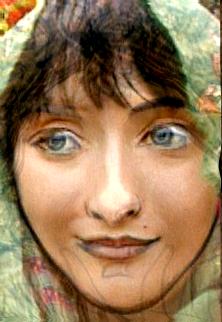 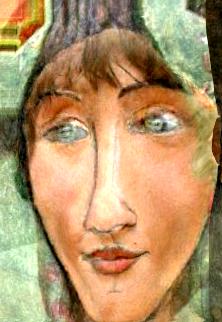 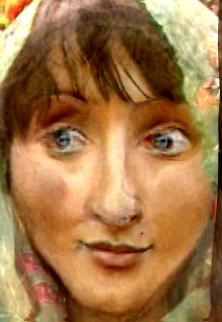 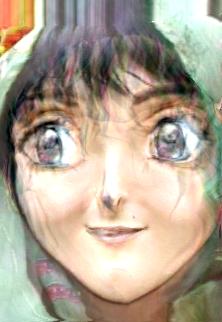 Drunk me (and apparently fat me) 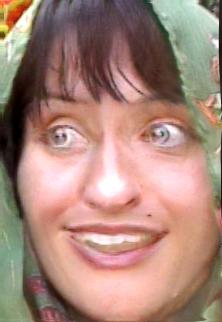 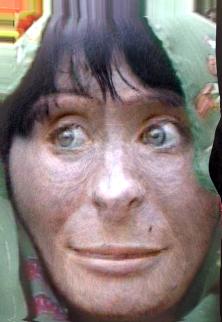 That west Asian one is dead on! You could seriously pass for an Afghani.

i'm calling out of work to play with this all day... well maybe not.. but i might not RUSH to work today... how fun!!!

Holy cow that is sweet. I cannot wait to get back to my home PC and try this out.

That is really neat and looks like a lot of fun. Super cool find; thanks for sharing!

Awesome and Libertad is very correct

That is great and such a great pic of you and ladycroft. Beautiful women you both are!

So cool :) Thanks for posting this IMK2.

valentines day dinner at one sunset

we went to dinner at the new restaurant that some nba guy, leonard stokes, opened up. since this was a last minute decision, we couldn't get reservations at my fav restaurant, hutch's until 10, so we had to settle for this place instead.

it was rather disappointing. firstly, the wait from the time we sat down, until the waiter came to introduce himself, was unacceptable. seriously, we sat there for about 15 minutes, without a wine list, picking our noses, for what seemed like eons.

second, the tables were made of plywood or something, so they felt wobbly and weird. it felt as if the thing was going to break in half if you leaned on it too hard.

third, there were no candles on any of the tables. first of all, the restaurant is very dimly lit so in order to see your menu, you definitely needed some additional lighting, plus it was FUCKING VALENTINES DAY! you are supposed to have a romantic dinner at a romantic restaurant. how do you have an upscale restaurant with no fucking candles on any of the tables on valentines day!? i asked the waiter about the missing candles and he said that because they added additional tables to accommodate the big crowd they were anticipating for valentines day, they realized that they didnâ€™t have enough candles for all of the tables, so they decided to scrap them all and not put ANY out on ANY of the tables. being as picky as i am, i said that i absolutely could not eat dinner here if there was no candle on my table. i felt as if i was eating in some back alley restaurant that couldn't afford a simple tea light candle. i mean seriously, rite aid is right across the street. if you morons ran out of candles, have someone run there and buy some. it doesn't take a genius to figure that one out. and if you're too fucking cheap to do that, then you do not belong in the restaurant business.

fourth, the menu was a special limited valentines day menu. that sucked. if i'm shelling out (well, not me, but if someone is shelling out) a ton of money for a nice dinner, i expect to have the normal selection of the shit you usually have on your dinner menu, instead of some cheap, shortened, menu that has about a third of the normal entree choices of the dinner menu.

fifth, the entrees were waaaaaay over priced. the amount of money they were charging for the quality of the food was ridiculous. the appetizer was good, and the crÃ¨me' brulee was good, but the filet and lobster were too expensive. i mean, $45 for a lobster dinner with, what seemed like instant mashed potatoes and plain green beans was just embarrassing.

on the plus side, our waiter was very, very nice and accommodating and he was so terribly cute that i wished i could have sucked face with him in the bathroom. i mean, this guy was hot. my date was not happy. however, my date seemed to forget that a couple of nights prior, he was all hot and bothered by the waitress at mother's and was drooling all over her. so short our selective memories are.

anyway, because he was so nice, and cute, i convinced my date to give him an decent tip. although he did that pretty reluctantly. i must say that had i been paying for this dinner, i would be in a great depression right about now. i don't mind spending money on food, but i hate spending money on bad food or bad service when i know that there are tons of other great restaurants in buffalo that deserve my business instead. i am very thankful however, for the wonderful company i had and the generosity of my date, regardless of the crappy, overpriced food. i still had a great night.

all in all, he spent entirely too much money on a below average meal. we had 2 bottles of wine, one appetizer, two entrees (one lobster tail, one filet and crab legs) and one dessert. with a generous tip, the underwhelming meal was a grand total of $270 bucks.

that's like an ipod or an apple tv, or a smart phone, isn't it? i wish i could shit all of that out and ask for the money back. i've never felt so cheated. 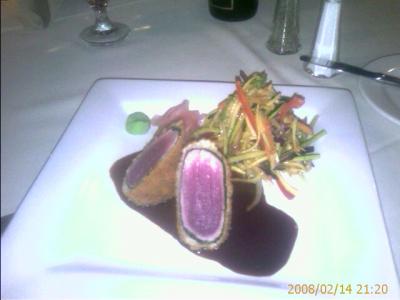 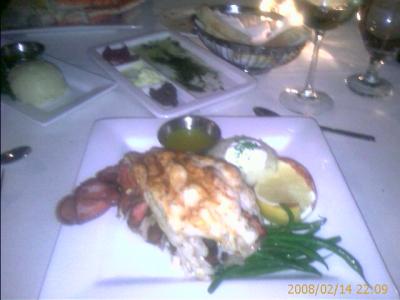 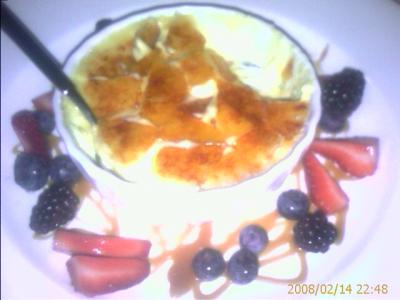 I didn't have too many hi hopes for that place, considering it was once the stinkhole that was "The Locker Room." It's like putting fine dining in the old Pink.

Cha-chingg!! Ain't no way you're going to get anything other than Overpriced, Overcrowded, and Overcooked at any restaurant on V*Day, though by the looks of things I bet Overpriced is always on offer there.

ok, so I go away for a week, and all of sudden you have a valentine-worthy hot date dropping big bucks?! Tell tell tell!! Is it M?!

As cool of an idea as this is and that is may also be a way to stop other genetic fatal conditions. I don't think it is a good idea. The reason I say this is that there is a balance of nature on our planet. we all ready have lots of over crowding do we really need more people to destroy the earth even faster? On a side note I wish I could think of something funny to say about "Threesomes", oh yeah I wish I was having one right now with two people I meet at some Mardi Gras Parade or something.