I admit it, I let (e:strip) fall by the wayside. As it is I have the Livejournal I've had for almost six years, and the community of people I only interact with online through it, and now I have a Myspace (oh Christ) because my team captain for roller derby made me get one. I don't' use my real name on it and don't mention any of my other online identities; it's just for roller derby. And it takes me so long to write these long entries because I don't know when to shut up...

But that doesn't leave much time for (e:strip). I tried to set it up so I could read (e:strip) via an RSS feed on Livejournal, but that silently broke, so I just thought everyone had been being unusually quiet. I was just thinking I should come back here and see what's up and bug Terry for IRS advice.

I don't really have time for much nowadays-- either I'm at work, I'm at roller derby or in meetings for roller derby, or I'm online, mostly emailing about goddamn roller derby. Or I'm asleep; I've been sick all winter and have been constantly trying to sleep my way free of some illness. (Remember the last house party? How I was getting sick, all snuggly in
my bathrobe and whining about not feeling good? Yeah I'm still not better all the way.)

I was exceedingly pleased to find out that (e:zobar)'s been blogging about me. I was glad to hear he had pimped the roller derby match-- it was very nice of him. (Redfox's husband, by the way, has declared that "derby widow" is politically incorrect, and he prefers the term "derby groupie". I dunno man, whatever empowers him.)

I also was totally psyched by this entry

and how it was decided that I am hella needy and whiny and need to back up off him. Yes. I am a terrible person, in fact, and none of my complaints are in any way valid.
He can compose all the essays he wants but if he doesn't post them then I don't get to read them. Also if you want to celebrate a holiday in an alternative way that takes the emphasis off the traditional way and makes more sense to you, that's fine, but you have to do it, and if it's something that involves two people, it really helps if you tell the other person about it.
I was very pleased to come home and find that he had made me dinner on Valentine's Day-- it was quite nice. Unfortunately i was ill and had been unable to taste food for about three days, and I'm still recovering from that, so I couldn't appreciate it as much as I wanted. At least it was a strongly-flavored dish with a pleasing texture.

I know I haven't been as appreciative to him as I should be. He made dinner last night and I was so upset that he didn't use half the ingredients I'd asked him to incorporate into it because they're about to go bad and we'd have to throw them out, and it made him super angry because he'd bothered to go ahead and cook dinner even though he was tired. But I'd told him that if he was too tired, we had perfectly adequate leftovers.
And I'm still trying to figure out how to apologize when I am still annoyed. I told him where the things were that I wanted him to use up! Does he not listen to me? Now I have to think of something to do immediately with all the ingredients I got for that dish, because they'll go bad, but I'm not going to be home for dinner for the next two days. [I was planning on taking Z out on Friday; does that ruin the surprise?]
But, of course, I'm in the wrong. He went ahead and made dinner. Which was nice of him. And lovely. And wonderful. And all that. And I'm ungrateful, but I can't help being pissed that he didn't listen to me.

And I am glad he made dinner on Valentine's Day, but then he left every dish in the sink and i had a nervous breakdown the next day [really, I was crying for 20 minutes while I was trying to do something else] because I had tried so hard to catch up on the dishes the previous day, because he sort of doesn't do any very often, and while I accept that I can't bully him into doing dishes every day, I have so little time and the skin on my hands is so badly affected by washing dishes that I can't keep up with them either, especially since I already damage my hands doing laundry and have never asked him to do a load of laundry in 3 years, blah blah blah whine whine piss piss moan moan.
So there you have it: I'm a needy bitch. I threaten and bludgeon him and demand unreasonable things of him, and mope and whine and cry and leave messages for him to find in a passive-aggressive manner. Because Valentine's Day should be, as he says, all about celebrating the special people in your life, by treating them the way you usually do, and it is unreasonable for them to expect you to tell them that they are important to you to their face when you can simply tell your journal about how little they appreciate how you feel, especially if you've never told them how you feel.
[Which goes both ways of course. I do the same. Turnabout is fair play. It also solves nothing. And I have been trying to make an effort to say out loud to his face that I appreciate him and the things he does.]

Amusingly enough a girl on my livejournal friendslist posted about how much she admires the relationship (e:zobar) and I have, how well I cope with having such an emotionally distant lover. [Her words.] Gosh, she said, I could never spend five years with a guy who had never even said "I love you" or anything remotely similar to it, and who didn't buy me things for Christmas or Valentine's. [Her 'emotionally distant' boyfriend bought her a rose, cheap candy, and a bust of her favorite DC comics character, and told her that while it wasn't easy for him to do mushy things, she was important to him. I cried when I read that entry, I'll admit it, but I didn't tell her that.]

I don't need the conventional mushy bullshit, I know I don't. I shouldn't need anything. I don't' want to be a needy, whiny person. It's not what I want to be. It's only so hard right now because I have so little time. What we have is that we enjoy one another's company so much. I never get to see him. We never get to talk. When we do we're so tired and have all these little irritations in the way that we can't really talk seriously.

I miss you, (e:zobar). I miss (e:strip) too. I wish I didn't have to spend so much of my life doing things I don't want to do, because now that there are things I do want to do, it leaves no time for the things I ought to do and squishes out the things I need to do. 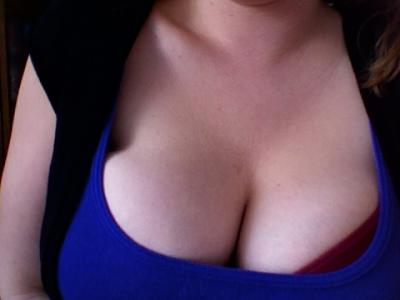 It would be a lot easier with a camera remote, though. Which I suppose I'll have to buy myself, but I don't have time to shop. I don't really have time to do anything, and I was just going to come here to make a quick post about roller derby and taxes, but then I got distracted.

Firstly I should find your profile on myspace since I have One of the teams and the League as friends. In terms of the relationship stuff I have no advice that all sounds way over my head. IN terms of the gift you mentioned a bust of the persons favorite DC Character is (depending on if it is small or large one) an amazing gift they can get preaty expensive from what I understand. Lots of people have issues with not having enough time you arn't the only one, again I really don't have any advice though.

I would hope that you understood that any and all characterization of your personal characteristics (with the possible exception of your "eyes") was purely tongue-in-cheek. At least in my case it was. The interesting thing about couples comes out when you get them seperated temporarily... that is when the dirt reveals itself. There are always two sides of the story, and even for those couples that I feel are truly putting the "fun" back in "dysfunctional" it is incredible how the viewpoints on common issues can vary wildly yet still find a way to get along and thrive.

It turns out that a friend of mine has friends that participate in the derby - since catfights are my bag (baby!) I'm going to show up to the next one. Zobar's comparison of cheap shots and how they are dealt with (like hockey, according to Z) gave me a better idea of how it works.