I ran track in junior highschool with this woman who qualified for the 1500m in the Olympics:

I'm excited for her and I definitely want to try to catch the race if I can. I'm a little bit jealous and a little bit regretful and I have to wonder ... if some girl from my little hometown in the midwest with whom I ran track made it, could I have? But I gave up sports to put my all into music... and this girl ran like it was her job so I know she deserves it and I'm so impressed.

Yeah, who cares about her. YOU are OUR ONLY Olympian!!! :)

My understanding is that every event at the Olympics is going to be on NBC's website live so if you go to there website you might be able to find out when it is on, I assume for free and with ads but not sure. They also claim that during primetime everything will be live as it happens. That takes the big advantage CBC had on there coverage hey for fun you might want to try out there site also.

You almost are! We could totally say you are the official estrip olympian!

I went to the hot dog stand near work.

I bought a hot dog and covered it with mustard, ketchup, a slice of pickle on either side, and slivers of onion on top.

Sat in the warm sun with a cool breeze on a wood bench.

Heavenly. What a needed break from my cubicle and fluourescent lights.

The fruits of my labor 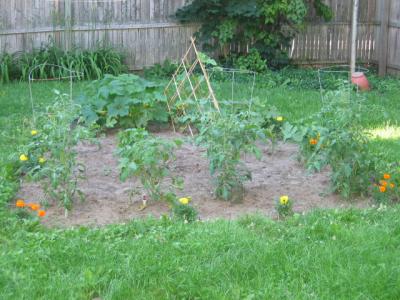 Full shot of the garden 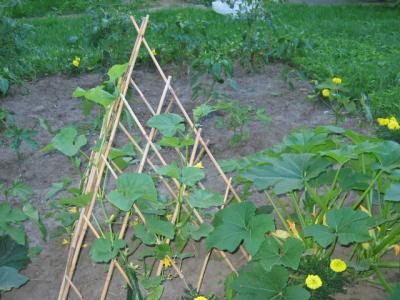 Cucumbers vining on the trellis. 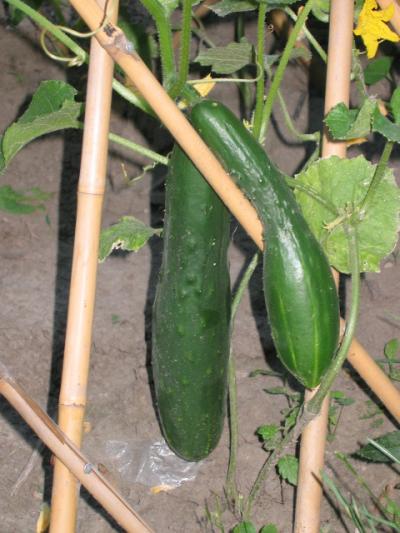 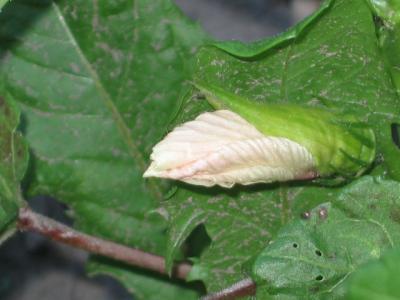 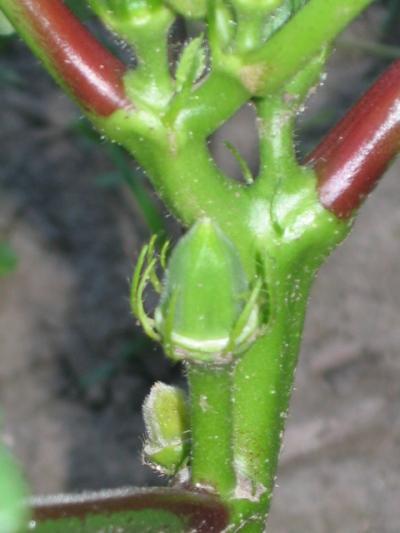 First hint of okra...really excited, never grown it before. Can't wait to fry it in cornmeal batter. 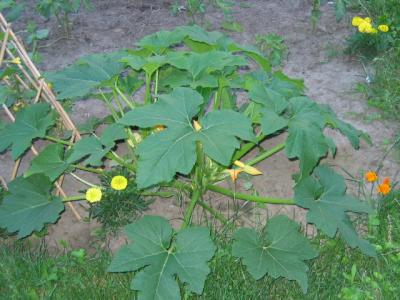 The sturdy squash plant rapidly taking over the garden 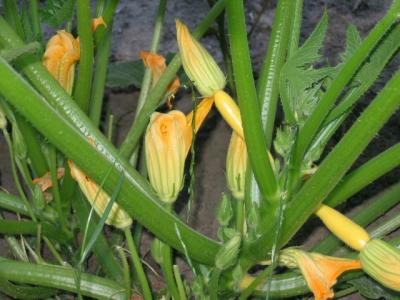 Plenty of squash to come. 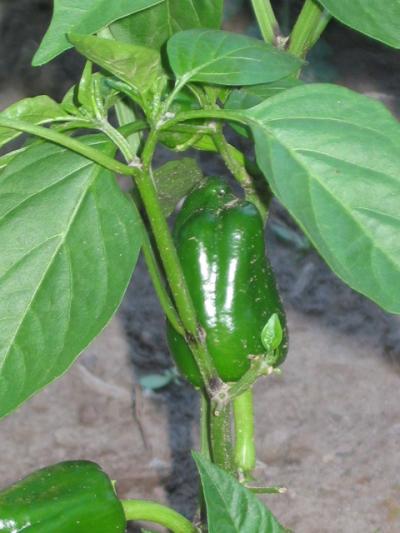 I finally have peppers growing rather successfully. In my first attempt two years ago, my peppers were consumed by some sort of blight. Last year when I tried to grow pepper plants from seed and puzzled over why they weren't growing, I discovered the cat peeing in the pot! 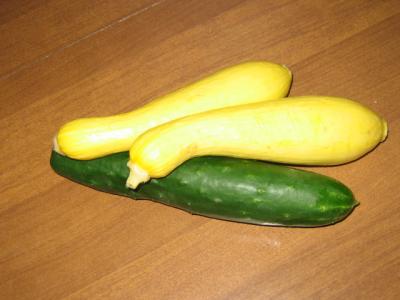 The fruits of my labor...two yellow squash and one cucumber which I promptly cut up, salted and peppered, sprinkled with balsamic vinegar and consumed. Sweet, juicy, seedy cucumber.

tip on amazing pepper plants.... if you have several, you need to rub one plant... then go to the second plant and rub that one... and so on... my mom calls it having sex with your pepper plants, but really she is just an old crazy bitty.. :)

YOU DO HAVE THE GREENEST THUMB AROUND!!!! WOW!
They are all extremely beautiful!!!!

That is freakin hillarious. I never thought about it. I guess this is not a problem in the catholic church, lol.

can we please get a discussion going on hot pregnant pastor wives?

hahaha that is so cute!

Not usually. Drew almost always asks before mentioning something about us at church.

Hey! You cannot, in fairness, answer that question! :)
BTW, one of the singers actually looks quite a lot like you (e:Janelle)!

hahah.. that was hilarious!
It that really true in your case? ;)

(e:Drew) responded to (e:Jim)'s post with a little code explaining what he believes and doesn't believe. I thought it seemed fun to see where I stand on these things versus Drew as a non-seminary educated Christian.

I wanted to use the same key as Drew, but I am introducing a category of, I believe something but do not see it as essential to the faith which will be @

@ = I believe this but don't necessarily see it as an essential of the faith.

X = I do not believe this


+ = This belief really is central to the faith, as I see it. (maybe or maybe not necessary, depending on who you ask)


+ That God exists.
+That God is still involved in the universe he created.
+That God cares about us.
@That God cares what religion you are in.
+ That God interacted directly with humanity in the past, and chose the Jews as his people above all others.
@That God guided the oral history of the Jews.
@ That God wrote the Bible, indirectly.
@ That God edited the Bible into its present form, indirectly.
X That God prevents textual errors from being introduced during copying, indirectly.
X That God would not allow the Bible to mislead us, but would allow other religious texts to mislead us.
+ That virgin births can occur.
+ That Jesus was born to Mary as the Son of God.
+ That Jesus is in fact, God.
+ That Jesus could redeem sins through his death and resurrection.
+ That Jesus rose from the dead.
X That the hundreds of contradictory written fragments and letters from the time after that don't matter, because:
X The editing process to sort everything out was also guided by God, again, indirectly.
X That the Gospels were then transmitted down with no textual errors in copying or translation thereafter, thanks to God, indirectly.
XThat the parts of the Bible and the Gospels that don't make sense don't contradict any of the above.
X That if you choose wrong, despite this inconsistent and inexplicable chain, you are damned to hell.

I think I definitely might come off as more conservative. Boy, that's a switch from the days when we were dating.

yeah. It really is a switch, isn't it?

As your heart hardens, mine softens? (waiting for the smack)

For the record, on my post, no X is equivalent to an @