Today I took a day off of work to have someone clean my house...sounds great doesn't it?? We actually got our air ducts cleaned today which I wanted to do last year but didn't have the money to do it. 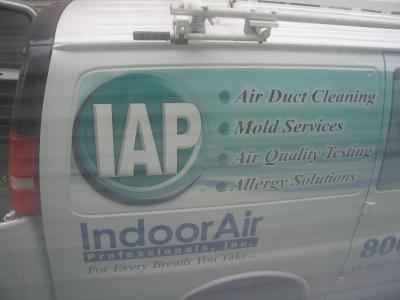 The crew consisted of two guys. One of them worked in the basement on the main trunk lines and the other cleaned up all the registers. The trunk lines needed to have several holes cut out to get access. Here is a video from their website:

They taped off all of the vents in the house so dirt would not blow out all over the house. 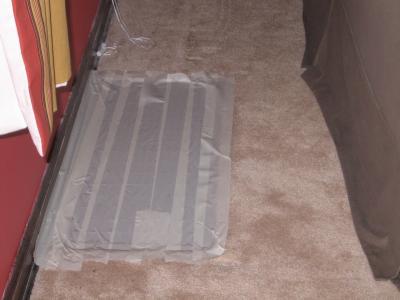 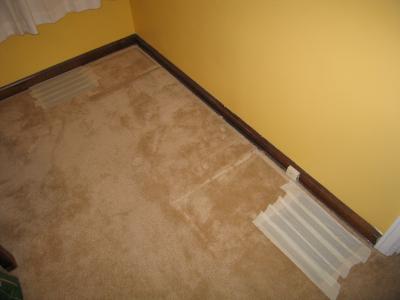 Look at all the junk they got out. The bottom two filters are from the cold air returns. The top one is from the supply lines. The filter that is blue was not used but put down for reference. 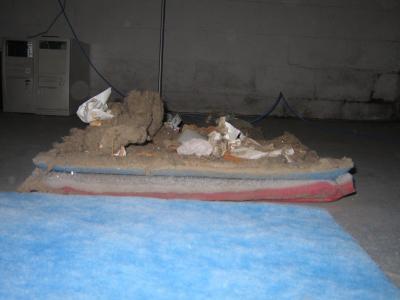 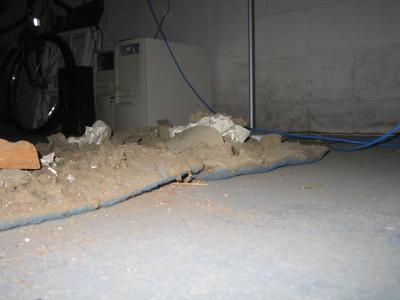 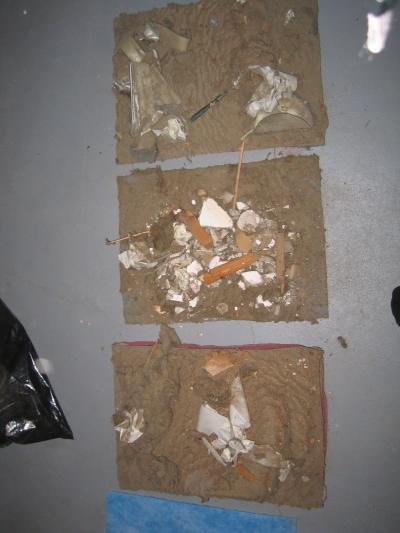 After about 4 hours of cleaning they patched up the holds and pulled off all the tape. 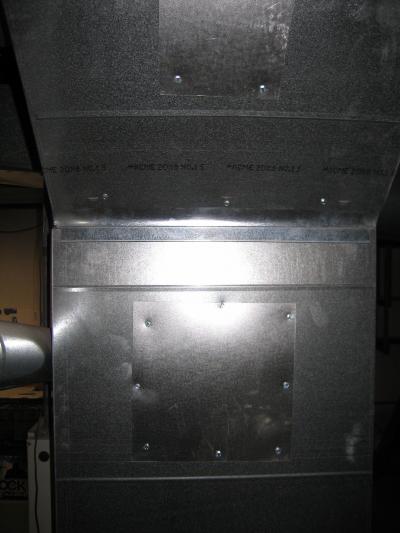 It feels good in here already. Not sure if that is all mental but I hope this does good for my wife's allergies also.

I want that done!

Thanks for the info. We're actually getting ours cleaned in a few weeks. I'll post the pics when they get done and we can talk smack over who had more/less filth in their ducts!

I had a mixed experience with them. Because our house had so many cats before we moved in, and because I am deathy allergic to cats I called them to do the ducts. They came and seriously they took out like 100x the junk you have collected as the pipes were huge old ones and totally clogged with 18 cats hairs. It was disgusting (e:paul,32742) .

Ironically, shortly thereafter we replaced the whole pipe system with a new one when we had the asbestos removed.

Getting my hair cut

I love getting my hair cut by a barber but I feel like it's kind of a waste. I don't have to much hair but a 1.5 on the top and a 1 on the sides usually does the trick. I used to "bic" my head in college which was always a nice feeling. Everyone told me I looked mean though.

I can't imagine you looking mean, you smile too much.

I have been trying for ages to look mean. I always get mistaken for a 15 year old instead. Maybe bic-ing it is the way to go... Hmmmm...

We finished up our journey yesterday. I can't remember the last time we just drove to where ever we wanted and had very little planned. I think for us that works out the best.

Thursday we went to Baltimore and spent time in the inner harbor. We were able to slip into the aquarium before they closed and it was very cool. 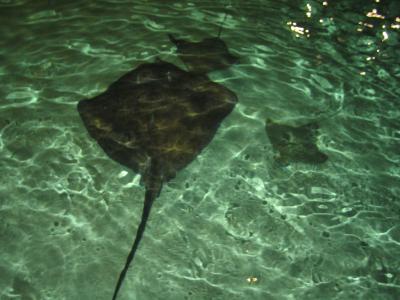 We stopped at Phillip's express to get a snack and it was alright. I got some fried crab to hold me over until dinner time. I did end up getting shit on by a bird while sitting by the harbor. It happened so fast and I didn't really know what happened at first. The majority of it hit the right lens of my glasses and luckily I was able to close my eye fast enough. Very little got on my pants and sleve. I was still able to wear them the rest of the night. However, I did feel all gross and just wanted to take a shower. My wife said it's good luck...frankly I think it sucked. 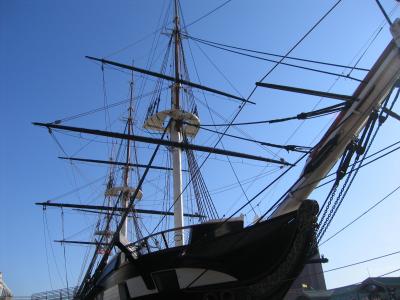 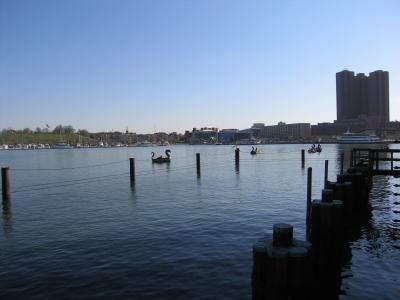 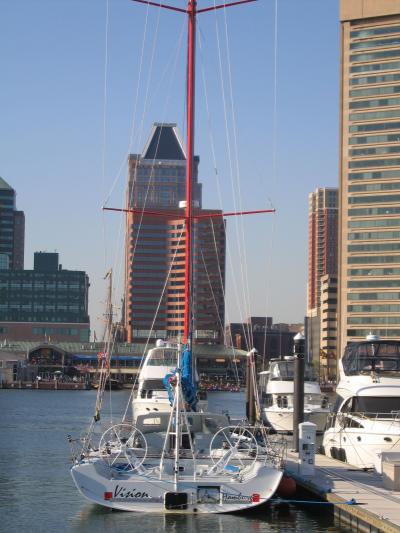 We met my uncle Don and his girlfriend (Bev) for dinner at The Rusty Scupper. I had a broiled seafood dish that included blue crab. It was excellent and tasted so fresh. 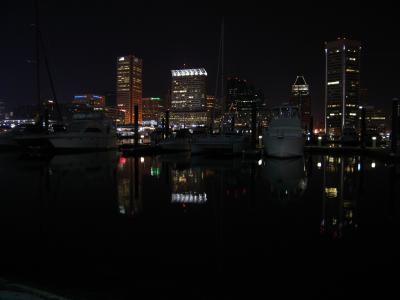 D.C. was our next stop. We had been there a few times before but it is always fun to walk around and see everything. 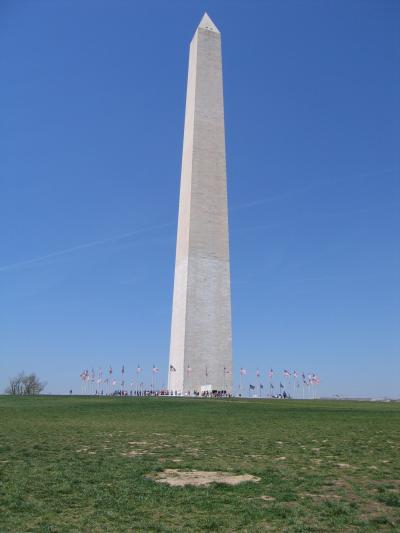 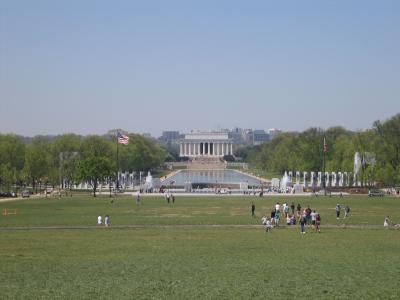 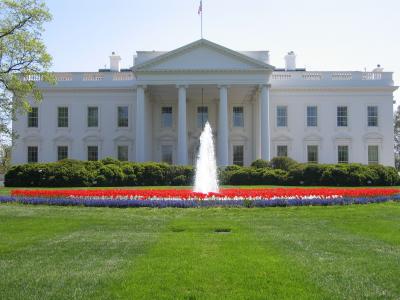 This trip we were able to see the new WWII memorial. The layout was very well done. They seemed to touch on so much and I am very happy to see they finally have something honoring this war. 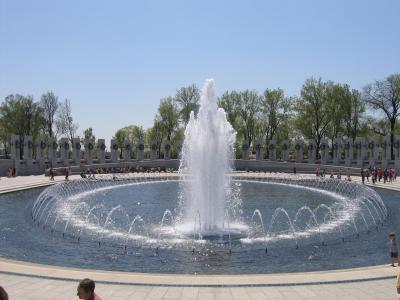 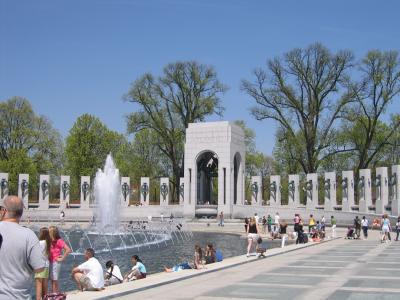 I wish I could get a hold of some of this grass. Sounds like it would do the trick in my backyard. 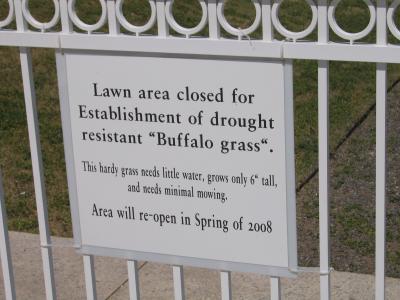 Our hotel was in Arlington just on the other side of they Key Bridge. It is named after Francis Scott Key who wrote the Star Spangled Banner. 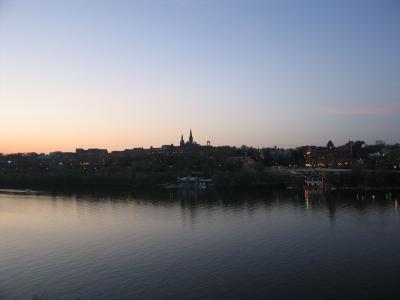 Next we drove up to Pottsville and hit the outlets before heading to my cousins for the night. Apparently they have a nuclear power plant near there. I had never been this close to one before...that I know of. 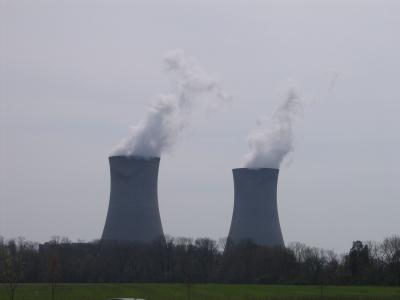 We had our first home cooked meal of the week with some of my family in Doylestown, PA. 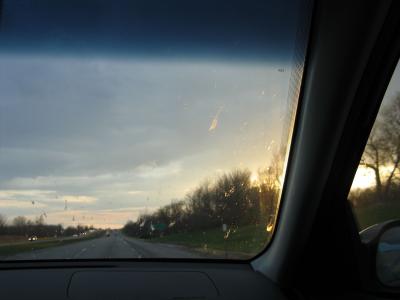 The inner harbour is a good time. The water is only a small part of it. It's the retail & other development that surrounds it. Phillips is alright, a bit overpriced but descent. It's only when Buffalo's waterfront stops being an industrial wasteland & develops all the good commercial attractions will it be taken seriously.

I was pooped on by a butterfly once. I wonder what that might mean...

(e:imk2) was telling me just the other day that the Baltimore harbour is prettier than the one here. I see why, looking at your pics. But I would still argue that the Buffalo harbour has its own icy little charm and the "coolness factor" at being able to look across at another *country's* shores!

My aunt told me this story once about hiking in Niagara in the Gorge and her friend looked up a t the birds and it shit in her eye, before it closed. Sometimes, glasses are a blessing.

I am so jealous of your seafood exploits. I love crab.

thanks for all the post and pictures and explanations of pictures.

Man. The last time I got shit on by a bird it was at a Bills game. Moulds jersey needed to be retired anyway, and I thought it was an omen. Bought McGahee that day.....un-friggin-lucky.

Today is another day in Maryland. We went out exploring today and found our self at Joe's Crab Shack. I can't believe how many locations they have all over the world. The food was pretty good. We started off with the Crab Dip for an appy and I ordered the crab stuffed shrimp.

After that we walked around and ended up going into a Target for something. I noticed right away they had an escalator in the store. This was not just any normal escalator though. This would take you up to the second floor along with your CART!! Yeah that's right I said your cart. In the middle of the up/down sides was an up/down lane for carts as well. It is all open so you can watch your purse or whatever you have in there and you reach the top at the same time. It was the coolest thing I have seen in a while.

Again I will reiterate what I said yesterday.....I need a camera phone. I might even just drive back there before we leave so I can take a picture with my digital camera.

Yeah, the first place I ever saw cart-escalators was in a big Walmart-like store in Taiwan.

I feel like I live in a big city now, because we've got a grocery store here (downtown Ft. Lauderdale) that has one of 'em.

ikea has them too. cool.

When (e:terry) and I lived in Germany, the Walmart in our little German town had those escalators.

Ha thanks for pointing that out. I have been thinking more about cutting down on carbs. Maybe it's trying to take of my mind.

I think I like joes carb shack better than joe's crab shack.

Is that the same place that has "free crabs tomorrow"?

there was one in new orleans. yummy.

Today my wife (Mary) and I drove down to Maryland for a college fair. She works for Buffalo State as an Admissions Counselor. We decided to make a week of it and go to DC and Philly to see some of our relatives. So far we got down here alright but I have realized two things. One I need a camera phone and the Verizon Curve can not come fast enough. Two I am not a big fan of MD so far. I have been her a few times but not to stay for 2 nights. Just seems to go go go for me. Maybe it's because we drove 7 hours down and I just wanted to get out of car. Hopefully tomorrow will be a little better.

oh and philly, i love philly.

yeah, i used to live in baltimore and i wasn't a fan either. and the inner harbor is way over hyped. but i do like DC. post some pics!

Guinness Book of what???

Tonight I had a cup of coffee at 8PM which is a big mistake. I usually only have it in the morning but tonight I just felt like a cup so I had one. I ended up going to the Guinness Book of World Records site just to look up something. I used to be a big fan of this book as a kid and usually got it every year for Christmas. There is a little intro and then something caught my eye. That's right folks....Gamers Edition!!!

Most of them seem a little lame but I am sure there are more in the book then on the site. Why would you buy the book if that were not the case. Maybe we can come up with something for (e:jon) to win.

I feel old and devious. Thanks Fing. =P

Nevermind, those girls use the word "like" as punctuation when speaking. I hate that.

I found a link on that Guinness site...

With that said... I must admit, I'm going to a another LAN party this Sat with (e:mrdeadlier). Woo hoo!

I might be a top runner in highest percentage time wasted in front of a computer. Or maybe person who attended most LAN Parties in his 30s. Also, I think I should get double points for frag'n anyone 1/2 my age. Or maybe I'd win the most times anyone has said "just 5 more minutes" to their spouce.

Wow. If (e:jon) wins this then I would personally know one genuine Guinness Record Holder. Think about the immense clout I would then have!! *drool drool*