going on my tombstone.

never underestimate the power of a great orgasm.

watched the series finale of sixfeetunder last nite, an amazing show. i won't spoil anything here, but the last 10 minutes are perfection. i love lauren ambrose. i was balling throughout the entire episode, and, right at the end, my friends jim and wendy called to go to spot, so i ran out into the nite all red and puffy and explained how sometimes yr fine, and then something like a really sad episode of sixfeet can just send you over the edge into the land of streaked makeup and runny noses.
this morning, i woke up at 8:30 in preparation for my backtoschoolschedule. i really want to be asleep right now. however, i was a very good girl this morning. i got up, walked to totaltan, walked back (had a slimfast shake on the face), showered, and am now chilling out back in the attic with nothing to do for the rest of the day. and by nothing, i mean NOTHING. i should probably do my summer work seeing as it's due in two weeks. blargh.
actually, i have nothing to do until school starts in two weeks but an 8 am doctor's appt tomorrow morning, making sure my dad orders my senior pictures, going clothes shopping on wednesday, and buying my school books on the 29th... and tanning, because i'll need to be dark for the first morning back and it's inevitable horrors. basically, it's one hundred upper-upper class white girls showing off their new designer brand clothes and saying 'like, omg, what did you do this summer? i love yr hair!' then, the person walks away, and the girl speaking says, 'omg, her hair is like, totally grody.'

i kid you not. the girls of the buffalo seminary need no embellishment.

did i ever write about yoga on friday? WELL, never again. it was like, 110 degrees in that room, and i almost passed out. the whole time, all i could think of was, 'need. smoke. NOW.' then, on top of feeling like one of those kids in the anti-drugs commercials who take ecstasy and end up dying on the floor of some rave, i also felt inferior because i couldn't place my foot squarely on the small of my back.
and i paid a lot of money to feel this way. NEVER AGAIN.


these little girls I often babysit have a hopscotch mat (because, apparently, kids can't just use chalk anymore) with a picture of a different disney princess in each square. after they went to bed, i found myself staring at this thing. i've always really related to number 8, Belle from Beauty and the Beast, and how she always craved adventure and romance and didn't fit in with everyone around her because she was a dreamer. number 5, Mulan- I get her too. she was willing to do anything to be a good daughter and was torn between who she was and who people wanted her to be.
but number 3, Sleeping Beauty, now she I just envy. she got to just pass out one nite and wake up again when things were dandy and she had a boyfriend and the world made sense, and she in it. that lucky slut. she traded a kiss for happiness... now why did it work for her and not me?
i confess, i have a bit of a lolita complex.

i am in one bad-ass period-inspired mood. emotional roller coaster? an understatement.
so i've been having a ton of trouble with my weight lately. i'm big, and i weigh even more than i look like i weigh. lately the way i look has been bothering me more and more after watching that show 'America's Next Top Model', seeing Mischa Barton on the OC, and going to school with a bunch of hundred-pound, Prada-carrying bitches. it's getting on my nerves. so a couple weeks ago i started watching what i eat- definitely not a diet or anything, i still eat what i want, i just try to eat less of it and eat as little as possible. and it's been really hard to not just sit down and binge eat in front of the television, cause i haven't gone out in months, and i've been working really hard to try and get skinny. i want to lose 30 lbs so badly it kills me sometimes.
my dad, who, one year ago, weighed about 240 lbs, now weighs about 180 lbs. he works out 6 days a week with a personal trainer and isn't on a diet but rather a "lifestyle" where he eats a bunch of steak and vegetables and protein shakes but no carbs whatsoever. so today, he and i were at wegman's, and he was scrutinizing everything i bought. so i went and got a couple slimfast shakes and saw that they're only 180 calories and a meal supplement, so i figured that maybe i could have them in the morning when i normally skip breakfast, and that that would be better than a pop tart or mcdonalds. so he starts freaking out on me about how i bought all this other fattening stuff and then those shakes. i said that on the slimfast bottle it says that people dieting should eat no less than 1200 calories a day, and how i know i used to eat that easily, but don't anymore, and he was like 'i've seen you eat 1200 calorie french fries!', and i just flipped. i said how i KNOW but he wasn't listening to me because i said i USED to eat that much but i havent in WEEKS and maybe if he were around a little more he'd know that.
i swear, he doesn't know fucking anything. i could go out and stay out all fucking nite and he wouldn't know, it's disgusting.

i need to get out. this attic is getting smaller by the second. anyone doing anything tonite? give a call.

There is nothing so intimidating as a blank page. 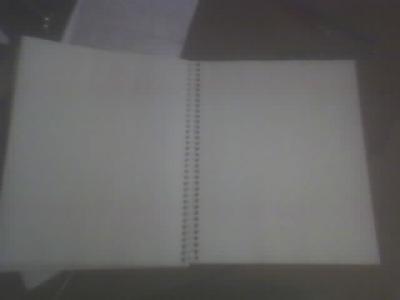 heeeey. am back at my computer as i take a break from babysitting the devil's spawn. i have to go back at 6:30, probably won't get out until 12:30ish. anyone doing anything fun around then? i'm kinda hungover from last nite (pathetic, i know), but it was so much fun! i hung out with (e:lilho), (e:paul), (e:terry), and (e:matthew). am making it my goal to see the inside of a bar before school starts on the 6th/7th... cause i'm just sweet like that.
now, to try and sleep until 6:30.

i won't have a computer while i'm babysitting, so call me if anything decent's going on.
5630376. 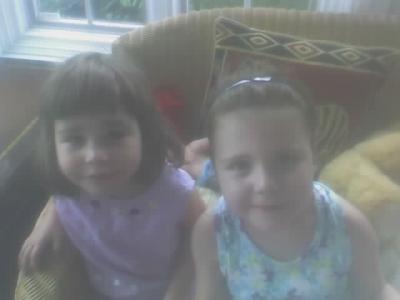 I think it is something her phone sends with the pics. I will have to check the email format to strip it out. 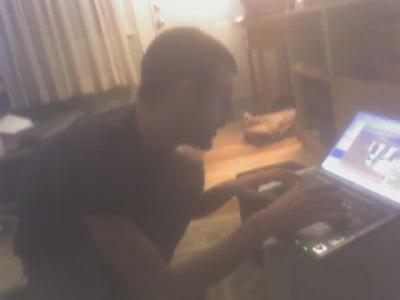 yeah, al gets drunk off 2 beers.

having a grand time with paul and terry and sarah. aren't i cool... so yeah. good times.

this is a warning notice for all- it's one of those times again.
every few months or so, something happens to me, and i get all restless and feel the need to do something bad... which usually means something slutty. anyways, i haven't had one of these nites in quite awhile, and i'm long overdue. furthermore, my aforementioned thoreau-esque state of existence isn't exactly quenching this punk rock thirst for trouble. i'm afraid that if i don't get out of this attic the consequences will be a catastrophe worse than the strawberry ice cream binge of 2004.
wendy and i didn't get to go to yoga yesterday, so apparently we're going at 5 tomorrow. i'm worried that, because of all this built-up tension i've got in me, i'm going to end up hurting myself, and possibly taking down someone else in the process. plus, i've never done yoga before, though i used to take michelle gigante's afro-brazilian dance classes... which was scary. a girl with a 36dd cup size should not move and jump about- people could be harmed! anyways, at the risk of sending small creatures scurrying back to their woodland homes, i'm going to try it out... and immediately gain all the calories back in coffee afterwards. but i have to go to aroma anyways to hand in my job application.
have i mentioned that i am SO poor? i can't find a job near enought o home and school to walk to, and babysitting is not paying the bills. plus, i hate babysitting, i really do.
anyways, the moral of the story is that i either get laid soon, or i smoke enough pot tonite to make myself pass out... where i can't harm anyone.

Oh damn - Peter that is the funniest suggestion I've seen on this site! Anyhow its situations like this where its crucial for a guy to have a little stash back home.

First of all since you sound verry busty maybe you could charge people to watch you do yoga. I don't know what you look like but it is a lot eiser for a girl to get laid then us guys. Most guys won't turn a lay, most girls will with out lots of alcohol. Maybe you can find some hot guy with pot and get the best of both worlds. I'm not into pot but as long as it works for you that is cool.

I say you do both, smoke pot AND get laid. What's the harm in some good ol' fashioned boning?

JavaScript: You need a title to publish.

being drunk and having nowhere to go is stupid. so now, i'm dancing around my room, getting all sweaty and gross. to the spice girls.

yeah. tequila is that good.