no day but today.

right. so.
many of you (e:peeps) know that i am a die-hard musical theater NERD. i mean it. i've done the work shops, training camps, 24 hours plays... i've done it all. i love musicals, musicalsmusicalsmusicals.
well, last year i went in RENT, and it was fucking amazing. for half the run i was Maureen, and for the other half, Mimi. i did it with Collowuial Theater Company, of which I am the Resident Vocalist. fucking awesome.
which is why I'm extremely nervous about the movie of rent coming out on november 23rd. i mean, everyone in the cast except for 2 people were in the original broadway company, but <i>still</i>.
before i tell you now the part that really upsets me, understand that i am fully aware that this is the most pretentious, asshole point of view ever. got that settled? okay.
i hate other people singing the songs.
no, like seriously: i was in regal cinemas a few weeks ago, and on the jumboscreen in the lobby they were playing the trailer, with 'season of love', and about nine 12-year old girls with too much white eyeliner were singing the words. incorrectly.
okay, have you even heard of rent before this?

not that i don't think it's fucking awesome that this movie is opening up all kinds of people to a wonderful story they haven't heard before, but what can i say, i'm a pretentious musical asshole. 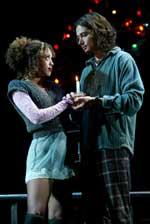 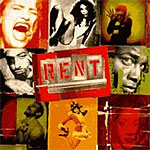 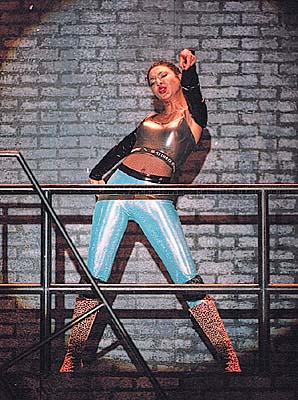 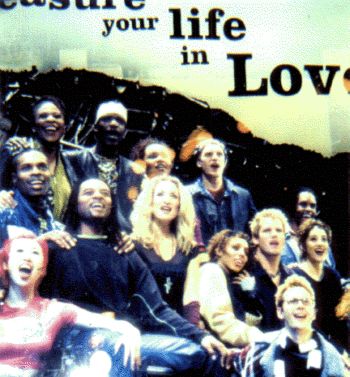 i just reread this post. i am an asshole and a half. oh well. anyone feelin' me?

ive heard all the music my friend is a rent fanatic lol i havent seen it tho i would love to. nice meeting you at the party :)

I saw Rent in toronto or was it Buffalo, I think I went to T.O. to see it. It is one of the two musicals I've seen the other is phantom (Buffalo, Toronto). I find musicals tough to follow because if you miss understand one word or two you lose track of the entire story. I have rent on CD but havn't listened to it in a long time. If I knew you sang I would have asked you to last night (not really, but it sounds like a nice idea.) I will go see the movie when it comes out. If you Saw &quot;Team America:world Police&quot; then you know about the &quot;Everybodies got Aids&quot; scene. I thought it was funny but you might not. On a side note it was nice to meet you last night.

too cool for school.

i would like to take this opportunity to say that i fully support anyone else who doesn't plan on dressing up for the (e:halloweenparty) tomorrow. join me in lameness, friends!

also, does anyone know of a restaurant in buffalo (preferably as close to (e:strip) and our neck of the woods as possible) that serves pirogues? i'm sure one of you (e:polishpeeps) would have an idea.

Looks like the Polish Villa doesn't have a website, but they do have good pierogies, Alison. And good food in general. Here's Google Local on it (hope the link works) :::link:::

Another place to look would be the Broadway Market. Here's the official site for them. :::link::: There might be a place to buy pierogies or maybe even a small counter to eat them at, premade... but i am not sure about it.

paul, i heard about that place i think! is it ellie's deli or something?

Hmm, maybe Pano's? I dunno. Greek is the way to go here.

There is the polish villa but it is on Union in cheektowaga. They have good food.

i'll take TWO, if you please!!

my birthday/christmas is in 61 days. before the football game this weekend, (e:drchlorine) asked me what it is i want.

forget world peace, this would be far more satisfying: 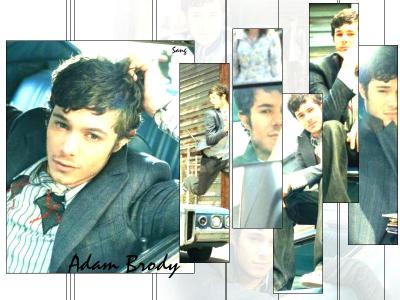 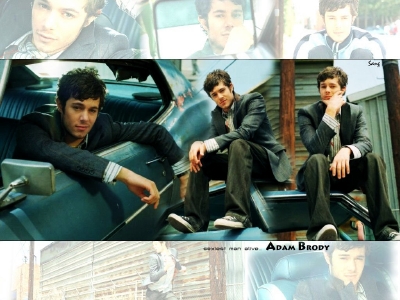 my whole life, like most girls, i've carried around with me a bunch of stupid, romantic things i want to do/happen to me before i get too old and ugly to look cute doing them. at the top of my list, are being kissed under mistletoe, and being kissed at midnite on new years eve (y'know, right at the end of the countdown, when everyone's jumping around drunkenly). neither of these have happened yet, but, should adam brody be within tackling distance of myself at an appropriate time (er, inappropriate, i guess.), his ass is getting good and kissed, alison-style.

yeah. so.
i definitely chopped my hair again.
it's not as short as last time, when i went kelly osbourne, but it's damn short.
i can't tell if i look older or younger- older, i think. my boobs, however, definitely look bigger.
yeah, i didn't think it was possible either.

I'm cutting my hair WAY down. Hey, in my book bigger boobs are better, so do whatever you are doing.

Well if they look bigger then that will make you look older even if the cut makes you look younger. But I'm horrible at telling ages. A good Example is Michelle Wie. I may have mispelled that. She is this gorgeous lady golfer she is really hot and looks like an adult to me, she is only 16.

yeah. so. i just had the most random evening/morning.
i just walked in my door like, two seconds ago.
more to come, if i decide to wake up tomorrow.

We must have just missed you at Allen Street. Sarah went home at that point to go to sleep.

right. so. i hate astronomy. and i mean like, detest it.
over the past couple of weeks, we were supposed to have been keeping some lame ass "moon journal" where we wander outside every nite and record what the moon looks like and where it is in the sky and blahblahblah. um, did i do it? even once? nope. why would i go outside where it's cold where i can freeze in the comfort of my attic, watching the OC? no, i didn't do it, not once, and now this mother's due tomorrow and i have nothing to hand in. i guess i'll say i just forgot it to buy me the weekend, but i know i won't do it then either. i could also just talk some studious little chanel-wearing debutante into letting me see hers tomorrow, and just copying everything down, but kids have way too many morals these days. whatta bunch of goons.
so anyways, yeah. i'm gonna fail astronomy. not that i care anymore, because i'm sure ecc won't care if i failed astronomy.

hmm, what else have i done lately? absolutely nothing. i've been really depressed the past couple weeks, and it's starting to really show. i've gone to school like, twice, and teachers are getting pissed. meh. i'm just really tired and don't have the energy to do anything but mope around. i'm like eeyore, without all that damned humor. i've been putting all my energy into my writing, and it seems as though the english gods are smiling down on me as a result... or maybe they can just see down my blouse, i'onno.
last nite (e:drchlorine) and i went out to wheatfield and got lost in THE MAIZE ::dun dun dun:: it was great fun. as we paid to go on in, this guy working there warned us that it was "muddy" and that there'd be no refunds.
but of course, we played it cool and were like "a little mud? in buffalo? no problem!"
so then he goes on to tell us that we can choose the easy, medium, or hard "maize", and so, of course, we choose the hard one, figuring that our combined brain power should shoot us straight on through it like nothing else.

he shouldn't have called it "muddy". he should've screamed "STANDING WATER". this place was the freaking titanic, we were sinking so deep. at a few points, the mud tried to eat my sneakers. so picture us two, wandering through a swampy cornfield for an hour, trying not to be shown up by a bunch of twelve year old girls who were also running around.
at one point, we were terribly lost (the debate on who has the worst sense of direction stands), and asked one of the "corn cops" wandering around the place what to do. yeah. we're pretty sure he lied to us and got us even more stuck.

in any event, we ended up riding back to the strip barefoot and smelly, because our shoes were so caked with mud. a grand time was had by all.


but what will this weekend bring? a party for (e:lilho) and (e:tina), you say? how marvelous! the only shitty thing is that i have to be dressed and respectable looking at 9:45 the next morning to give tours to respective parents at my school. fabulous, really. but anyone who is going to (e:lilho)'s please message me, as i am sorely in need of a ride.

huh. well, i guess i won't have to ponder how to pay for the new school anymore, cause i'm not going. i got in, and now i'm going. great. fabulous, really. i'ms uch a brat, but it's just that, like pretty much everyone, i've wanted to go to new york since forever- it's like the place to go when you don't fit anywhere else. but, because of le divorce, i cannot, so it's looking like ub or buff state for me, of wherever looks like they have the best writing program. blah. so much for childhood dreams.

i have to pee

me and (e:matt) abd (e:paul) and (e:terry) and (e:mike) didn't go to allen street. we are geting pizza and mroe than fifteen wings. peace out (e:homies)

another post no one cares about on the subject of my photo project, woohoo!
ohkay. so tomorrow, at a little past three, i'm taking my friend charlie down elmwood to shoot some pictures of her. she's this really ADORABLE little fifteen year old sweetheart, and we're putting her in little innocent dresses and, praying that there's some light out, we're gonna shoot a bit in and around the elmwood laundry place. i want to try and juxtapose her little cutie patootie innocence with griminess and city-ness and whatnot, so if anyone has any suggestions of places on elmwood that are within walking distance of the cafe aroma corner (because our school is right behind aroma), that'd be pretty sweet.
also, if anyone wants to get in on the modeling action still, please call/aim/email/messenger pigeon me, and we'll figure something out for this weeked.

on that note, what's going on for tomorrow/saturday evenings? hopefully a hang out session can be arranged.

With or without the sexy outfit, i am still willing to be a model, if you are still in need. We just got back from Cleveland tonight, and haven't had the chance to make any plans. Email me and we can make arrangements...