Have you ever read/seen/heard "Krapp's Last Tape" by Samuel Beckett? It's a wonderful one-act play about an old, sick man who listens to sorta-journal entries he recorded in his youth. I listened to it on vinyl with an ex-of mine when we were very much crazy about each other. It's a beautiful piece.

So anyways, this is my favorite part:

I said again I thought it was hopeless and no good going on, and she agreed, without opening her eyes. (Pause.) I asked her to look at me and after a few moments--(pause)--after a few moments she did, but the eyes just slits, because of the glare. I bent over her to get them in the shadow and they opened. (Pause. Low.) Let me in. (Pause.) We drifted in among the flags and stuck. The way they went down, sighing, before the stem! (Pause.) I lay down across her with my face in her breasts and my hand on her. We lay there without moving. But under us all moved, and moved us, gently, up and down, and from side to side.

I hope you're all safe and happy.
xo and whatnot,
Alison.

I spoke up with my new hands.

Am in another fantastic moon, which is funny considering my face is a battlefield, have a lsight stomach ache, and had a tiring weekend. Still, I feel so bouncy -- they should put me in a Neutrogena commercial!

I think a lot of it has to do with the fact that I've been listening to "Cinnamon" by Long Winters on repeat -- it's a sincere favorite of mine. I suggest it to all. All their songs are so crazygood because his voice is so dead-on. In "It'll Be A Breeze", he says, "your voice appeals to me, it's exactly how I feel.", and I feel that way about him. Fantastic.

I want to go on a trip. A long drive, road trip, spend a night at a Super 8 -- anything to get the hell away for a couple.

ha, it's a good thing i'm not an indie-nerd or anything... cause, y'know, that'd really SUCK.

Sun through the curtains,
I gave you a sign,
The birds were all quiet,
You were so quiet,
Some hear a call,
Some are the messengers,
I thumb through the pictures,
and know them all.

I have too many stories, keeping it serious,
Some are collectores, some keep it straight,
It was a hospital,
I was delirious,
I clung to the stretcher
and drew them a heart.

Two gondolas to carry us,
Grand Via was hillarious,
St. Paul was there to marry us,
We lied, "We're already married!"

'Cuz here's proof: we have suntans,
And I spoke up with my new hands,
Listen to my car,
What is it telling us?
Start...please start..please start.

Is it spring where you are?
I waited all winter
chasing the lamp cords back to the wall,
It's a plausable scenario:
I clung the the stretcher,
I drew them a heart.

well come back to buffalo to visit us and i'll pass you a bowl, silly!

I want some of that whatever the heck you are smoking these days!! :)

Saw many (e:peeps) at Hardware for (e:rachel)'s early birthday party, and just wanted to say that it was very, very nice to talk and get hugs from you guys, including (e:flacidness), (e:paul), (e:terry), (e:tina), (e:drchlorine), and (e:lilho). a thousand apologies if i've forgotten anyone, it was lovely to see you too, i'm sure.

now, back to my regularly-scheduled sunday headache.

I feel like I could do some serious damage right now, if I'm not careful. I'm in another superb mood, having read another piece that was well-received in one of my english classes ('Finding Your Writer's Voice', what a crock.), about how I can't wait to be a mother. I also went to Pano's with a teacher and am feeling wonderfully stuffed. My hair has been chopped to a new level of shortness and I look like a cross between Carrie the babysitter from that old Mary Kate and Ashley Olsen TV show, 'Two of A Kind' and Mandy Moore in 'How to Deal'... cause I'm just sweet like that. 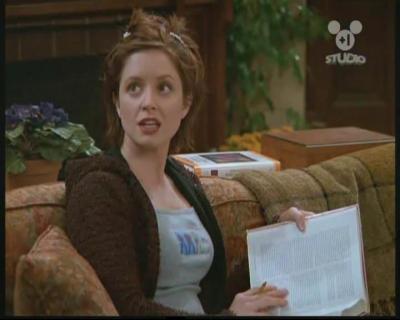 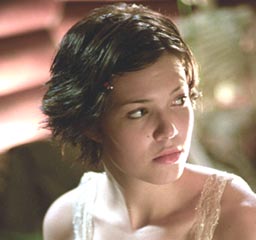 So anyways, why I think I'm in a mood to do serious damage:
Because I'm in such a grand mood, and am feeling exceedingly confident in my high heels and gloves with the fingers cut off, I think the smallest thing going wrong could really set me off. For instance, because I, yet again, had detention this week, I was denied my Senior Sign-out privilege (Where, during their free periods, seniors can do whatever they want on Fridays (aka leave school).) by Mrs. Young, this absolutely horrid woman who works in the front office and doesn't like me, not even a smidge. Anyways, this is irrelevant. Mrs. Grace took me to lunch today, as she always does, which does not fall under the category of senior sign-out as it was an advisor-student meeting. So we came back after a perfectly enjoyable meal (She and I are kindred spirits of sorts, sharing Christmas Day as our birthday, though she was born in 1950 and I in 1987.), when Mrs. Young pulled her aside and started talking in a hushed tone like I'm four or something, and giving me accustory looks. I know she was telling Mrs. Grace that it wasn't cool for us to go to lunch when I don't have sign-out, but we've been doing it every other week since September, before sign-out was even instated. Nobody has a problem with it but her, and it's like she thinks it's her place to make Mrs. Grace, who is new to Sem, feel bad about it. Ugh, that just makes me mad.

I think I've convinced my mother that we should find an apartment on/around Elmwood. She initially wanted to move out to Millersport Highway, because that's where UB is and where Dandelions is, where she might get a job. But I can't not live in the city, I'd perish.

In other news, I am listening to my iPod, and this makes me happy. Here's what I've got going (some re guilty pleasues, beware!):

I think I could really fall for a boy named Jake. One who wore a lot of plain white tee shirts and ate at Brodo on Sunday afternoons in the sunshine, and wouldn't mind going to family Easter brunches.

Tomorrow night is going to be positively smashing. (Happy early birthday to (e:Rachel), by the way! ... even though I know you don't really come here much, anymore, heh.) I received in the mail 'Pride and Prejudice', the BBC version with Colin Firth (le sigh). It's five hours long. I absolutely cannot wait to watch it, study AP Art History, smok a bowl, and eat.

I would loveloveLOVE to have a period-themed dance party, with slow songs and heels the girls can take off and spiked punch.

Soft Cell ("Tainted Love") does the most amazing cover of "Where Did Our Love Go?" by the Supremes. Absolutely entertaining combination.

Alltogether, am in a strange mood. I'd love to watch "Eternal Sunshine of the Spotless Mind" tonight, but I think it'd make me too depressed. My mindset is just way too malleable for decent movies.

I feel like doing something physical.
"Let's get physical, physical..."
Oh, Olivia...