i have been working excessively since monday, haven't had the time to post the few party pics i took up. i promise i will, but its too late right now, so im going to bed. they aren't much, anyways. don't get your hopes up. seriously.

not to say that all of you werent a blast. i had a great time meeting those of you i had not beforehand and seeing the res i already knew. good times. just a busy week, thats all. aww, shit. thats right.. electric six is playing at the mohawk, tomorrow. well... i wont be posting the party pics tomorrow, either. but i may have some e6 pics by the time i do. anyone else going? maybe we can meet up. i know knife is going. 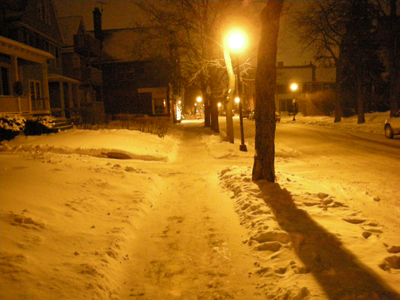 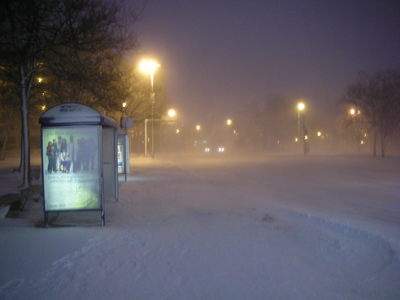 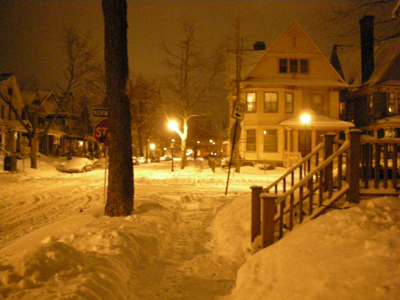 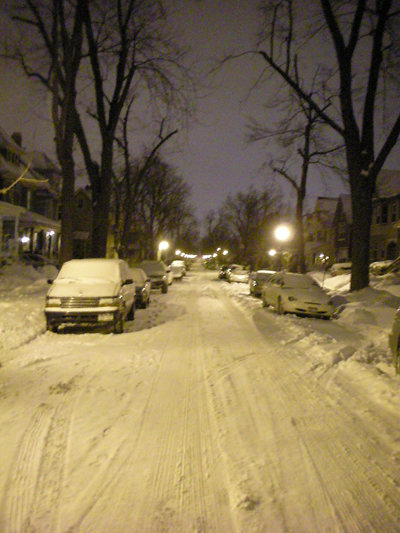 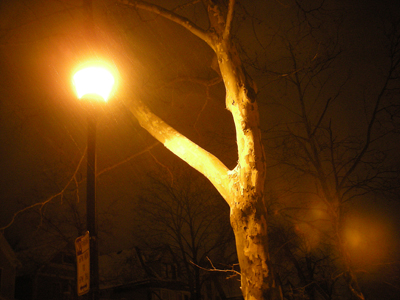 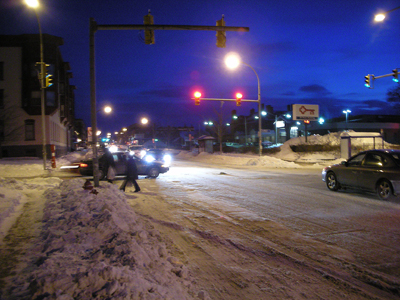 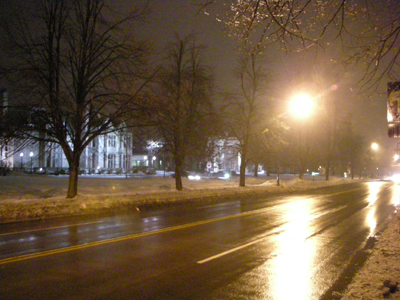 something in the affordable range. im looking to upgrade my pc, not make it the next ps3. i mean, I've seen some crazy new cards they have for pci express. earlier today i found a link on videogames. com for a 1 gig gpu that had two cards stacked as a single pcix slot insert. cool right? sure, if you have 700 dollars.

so i do, in fact, have a pcix slot, and am running off a gforce 6600 with 256mb or vram. im looking to upgrade to 512mb, but there are more on the market than i thought. so i started comparing core and memory speeds, and weighing against the pros and cons of having a fan-less card. im pretty sure i know which card i want to go with in my price range, but its not an nvidia card, its an ati. never used an ati, but its pricing and stats are weighty. check it.

so i guess my question is this:
do any of you out there know what specs to look for on new video cards, to compare them adequately?

im planning on building my next rig in about a year or so, after the quad core mobos become more prevalent and less expensive. that mobo will most likely be either sli or crossfire compat, so whatever card i get now will most likely be the brother/sister to the one following.

or how about this:
is it better to increase your ram before your gpu, or vice versa? how can you tell when you need each one?

The card you're looking at has plenty of great features, but I think you really want to look at a card with a 256-bit memory interface.

Here is an upgraded version of the ATI:
:::link:::

The HIS card has many similar specs, which proves it ain't a bad deal. However you have to think about the Crossfire capability, and whether you're even going to use it. You'll have to buy at least one more card to make it work. The Sapphire is not Crossfire ready, but it is also smaller and does not take up two slots.

If you can scrape the extra $50 for the Sapphire, or something like it, I would probably recommend that unless you plan on using Crossfire (find out if you even can).

What I think you want to look for at around $200 bucks:

Some of the other specs are deceiving, especially when you are comparing ATI and nVidia. Obviously they are based on different tech. I think as long as you look for the above three things you'll be fine.

What are you paying for? Slightly faster memory, but DOUBLE the pixel pipelines.

Hopefully I've given you some decent information. Good luck! 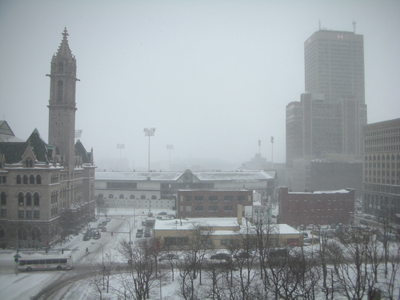 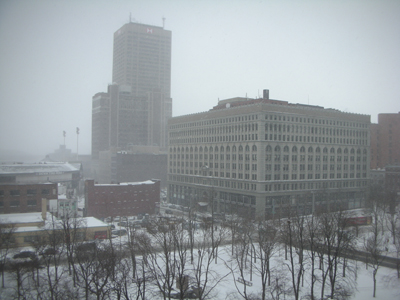 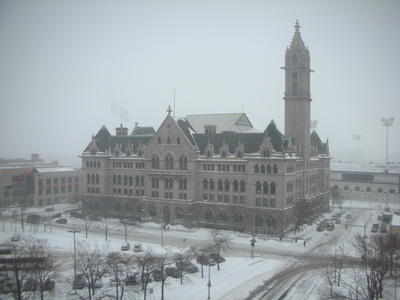 Nice pictures from an elevation.

I've been slacking. lets just say my heart hasn't been into it. mostly been going out and taking pictures: 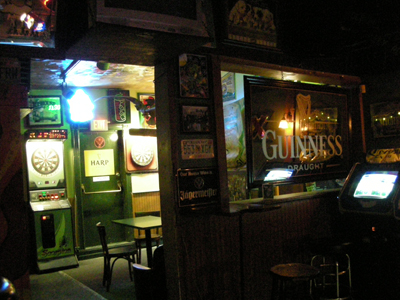 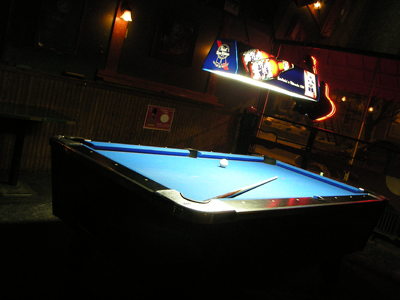 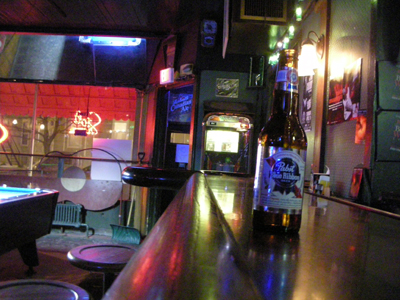 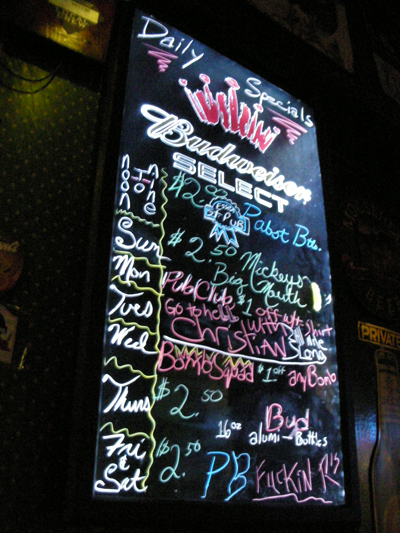 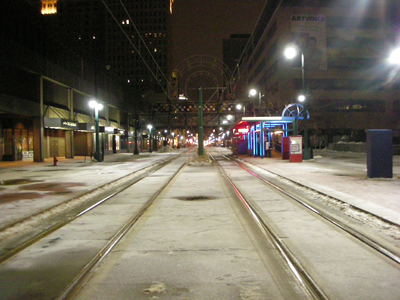 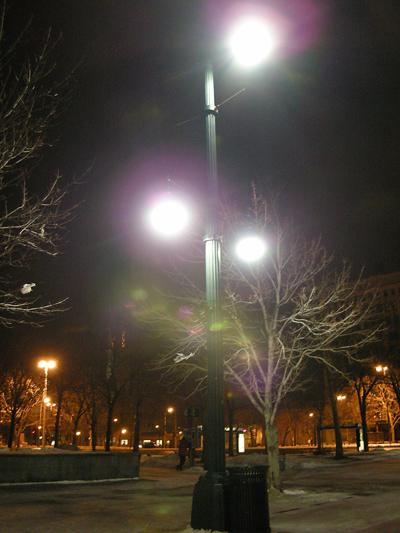 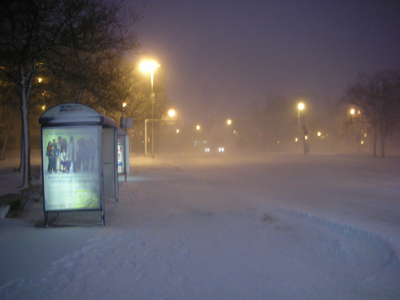 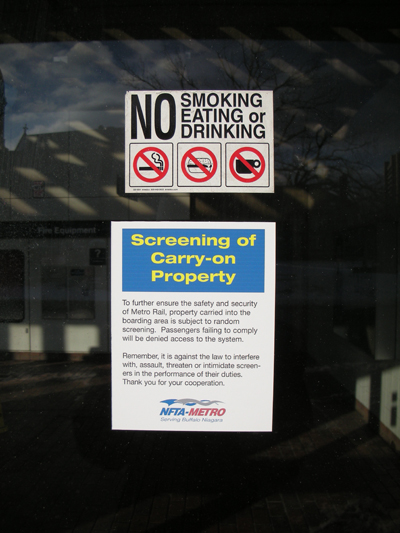 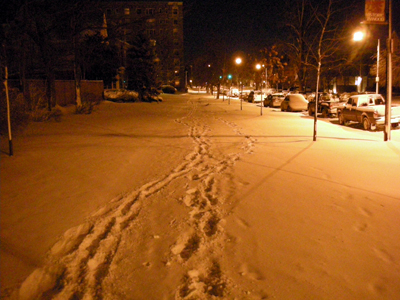 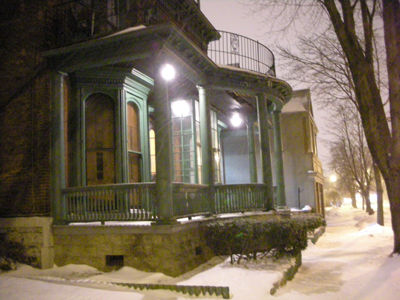 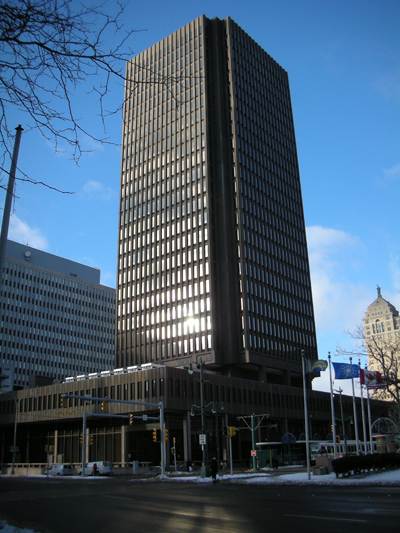 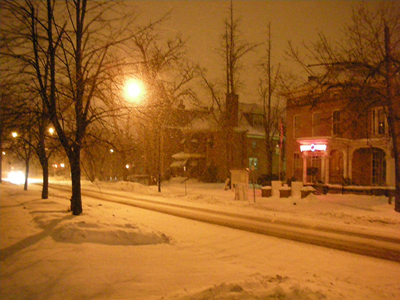 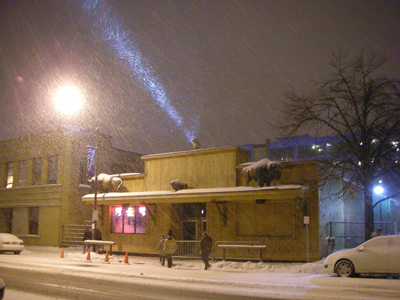 ...i can say that all these pictures of the cold, warm me. :P

Nice pictures of Buffalo. The Essex I have been there once and it was a long time ago. I think I knew someone who was a bartender there, again a long time ago in Buffalo time. If I remeber corectly it really isn't to far from my place. Thanks for posting the pictures.

Thanks, now I have an adjenda when I visit the place for the first time after hearing about it for a while. Good to know of a place in B-lo that serves PBR in bottles besides Allen St. Hardware.

Where is that place that has the PBR specials?

you know, the whole idea of getting searched to ride the metro rail really annoys me. are things that bad on the rail that people are at risk while riding in a straight line for what, 2 miles? maybe not even that far?
this is why i'm against the patriot act's reaffirmation.
fucking scary.

One of these days we should still watch Casablanca, just because.

im drunk, and spent. you bishes are on your own.

i'm not buying it.

waaaaay to long. didn't read it.

its xbox-live-wednesdays! you get nothin bishes!
cept these awful links:

just so i can say i didn't diverge,


in case you don't know what one is:


and on a more serious note:

little known fact about me:

first valentine ever given. to a girl.
her name was danielle, we were in the third grade. i made it the night before and spilled cologne on it, like i saw in the old old spice commercials on tv. the cologne made it so i couldn't close the envelope and my mother could not find the regular tape. we used black electrical tape.

song of the day:
in dreams, by roy orbison.

A candy-colored clown they call the sandman
Tiptoes to my room every night
Just to sprinkle stardust and to whisper
Go to sleep. everything is all right.

I close my eyes, then I drift away
Into the magic night. I softly say
A silent prayerlike dreamers do.
Then I fall asleep to dream my dreams of you.

In dreams I walk with you. in dreams I talk to you.
In dreams youre mine. all of the time were together
In dreams, in dreams.

Its too bad that all these things, can only happen in my dreams
Only in dreams in beautiful dreams.

didn't read this one... too long. Can you sum it up for us in a comment er somethin' ?

It's the electrical tape that makes it art

okay, so what if i got a little off track with the origins or romantic love?! today i plan on getting back to task by working through the mystery as to what started my most hated day.

the athens month of Gamelion (what would be between our current calandars mid-january to mid-february) held the celebration of Lupercalia. Mestrius Plutarchus, a greek historian (rome, 4th century b.c.) has written this of the holiday in one of his Parallel Lives works (re: julius cesear):

"...There was added to these causes of offense his insult to the tribunes. It was, namely, the festival of the Lupercalia, of which many write that it was anciently celebrated by shepherds, and has also some connection with the Arcadian Lycaea. At this time many of the noble youths and of the magistrates run up and down through the city naked, for sport and laughter striking those they meet with shaggy thongs. And many women of rank also purposely get in their way, and like children at school present their hands to be struck, believing that the pregnant will thus be helped to an it is delivery, and the barren to pregnancy..."

the Christian account of said holiday seems rather different, however. instead of a rite of fertility, it was more of a marriage lotto:

"...The names of the teenage women were placed in a box and drawn at random by adolescent men; thus, a man was assigned a woman companion for the duration of the year, after which another lottery was staged. After eight hundred years of this cruel practice, the early church fathers sought to end this practice... They found an answer in Valentine, a bishop who had been martyred some two hundred years earlier..."

one of several valentines to be sainted for his loyalty to the church and beliefs, this particular valentine was martyred for his resolve against an edict made by Roman Emperor Claudius-II banning marriage among the young men of rome. valentine considered it vain egotistical political maneuvering and married lovers in secret during these times, bestowing upon them the "sacrament of matrimony".

when claudius recieved news of this, he had valentine arrested. impressed with his dignity, conviction, and serenity; claudius attempted to convert him to follow the roman gods, and thus saving him from execution. instead, valentine in turn attempted to convert him to christianity. this did not go over so well. he was sentenced to death, and put away.

while awaiting his end, he fell in love with the jailors (asterius) blind daughter. apparently, he healed her of blindness (miracles being one of the requirements to be sainted). afterwards he wrote her a goodbye love-letter, thought and said to be the first valentine, before being put to death.

as with most martyrs and rome, the story was later sublimated into popular roman culture as christianity rose- replacing Lupercalia on the very same day, trading the marriage lotto to more of a single serv-pot-luck.

Song of the Day:
Paper Bag, by Miss Apple:

Granted I don't know much of her music but she is preaty hot and does look like she is preaty dirty and kinky (in a good way). She does look a little to thin but maybe she has allways been that way or maybe if she is really fucked up that is part of it.

you're a shaggy thong!

As in Fiona Apple?

I almost feel sorry for her - she is so mindfucked and its patently obvious if you listen to her songs.

Can I use a little "naughty boy" language and speculate on how freaky Fiona Apple probably is?