After getting back to my friends house we found these wall walker eyeballs so naturally everyone had to do their impression of one of the characters. 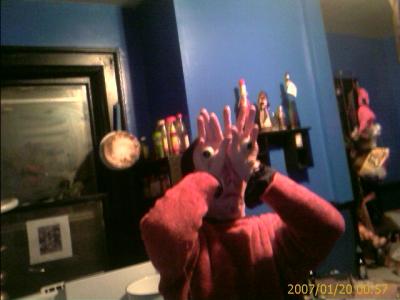 Hahaha, I finally saw the movie and that makes much more sense now. I thought it was awesome.

I thought I had one of the tiniest apartments of anyone I know but my friend actually has a place that seems smaller, although not as small as (e:vycious) apartment. but when I went to his apartment today to have some vegie hamburger helper he pulled from his dorm fridge the cutest ice tray I think i've ever seen. 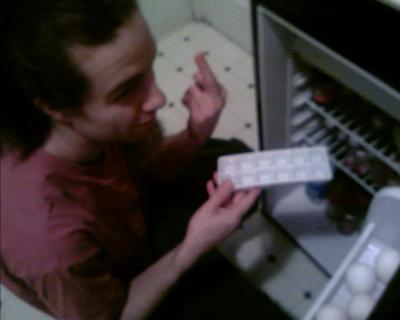 whats better is that some peppers had fallen from somewhere in his little icebox and when I went to chew a piece of ice it had a piece of a pepper froze in it. and coincidentally I was drinking dr. pepper. weird huh?

is that for making ice or sugercubes?

some would refer to my habitat as a hobbit-hole.

Category: the life and times

I can't help but think of the violent femmes everytime I've ever waited for a bus. I was very dilligent this time to check the schedule online from my phone, making sure I was on time. Naturaly the bus was not. I was waiting patiently at the stop listening to some music I heard on myspace and subsequently downloaded every track the artist had availible because it was really scratching an itch that I had for new tunes and was absolutely in love with, only to find out later that the artist was a friend of mine....deep breath...and so yeah at the stop jammin out and of course what should I do to pass the time waiting for the late bus but check out estrip! and I thought to myself I should post a pic of this bus NOT being here at 3..or 3:01...or 3:05...you get the point. so I take the pic and the people driving by were staring at me photographing elmwood & Forrest. And my first thought was why are they staring? in this technological age camera phones are pretty common place. But that made my head start to wrap around what living right now is all about. I'm riding on the bus with my little gadget, just like everyone else and there little gadgets, and I'm jammin out some mp3s while resizing a photo, while posting my little blog out on wild wild web. I wonder if this is what it feels like to be japanese? all tech savy and shit. There is just something so comforting about being on the bus with everyone else that is busy going on about there daily travels, exchanging polite smiles while at the same time checking in with (e:peeps) situated all over town. neigh the WORLD! well potentially anyway.

anywho without further adieu I give you "no damn bus" 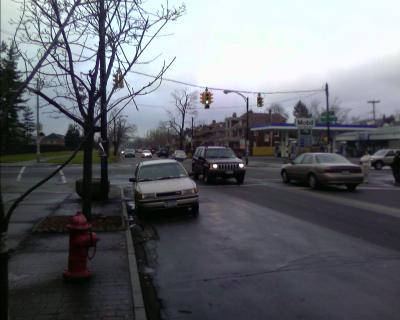 somebody told me a couple weeks ago that they liked the way taking the bus made you feel like you were keeping in touch with the people. I'm sure I'm paraphrasing a bit but the point being that when she said that the first thing in my mind was, have you seen these people?!? its like a lepper colony. But that was my first trip in probally 4 years or so. Now that I've gotten past my phobia of the public at large specifically when it comes to busses, it feels good to be part of the populous again.

I always like to wash my hands after taking the bus. Especially when you have to hold on to the railings that everyone has to hold on to. If I take the grey hound, I like to take a shower after. I'm not even that much of a germ freak...or maybe i am.

the metro rail is much more dependable.

someone posted this on my myspace page. I've seen a lot of star wars parodies as it is one of my favorite things and this one made me smirk a little.

Well its been a couple weeks now and I've yet to see any actual game playing at work. Apparently its not all fun games =

But that's cool by me cuz I'm enjoying the shit I'm doin and the people I work with. We're making a lot of improvements to the systems we have now and I'm getting to do a lot of stuff that I really just love doing.

I had a cool time at the party the other night, it was good seeing all the (e:peeps)

I suppose I should get over to (e:imk2) 's journal and REpost the the comment she deleted for improper use of english (her 2nd language, my 1st)

I leave you with the following imagery: 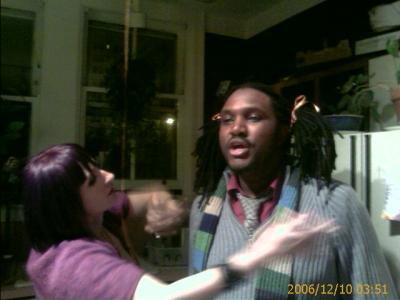 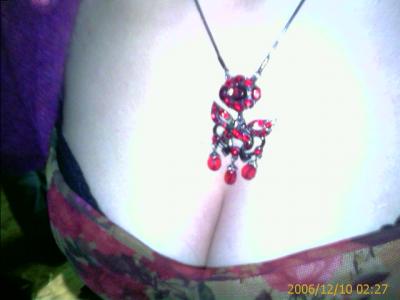 I love my new job already

So I met with my new boss yesterday for lunch. And he starts off by telling me that he's not getting any work done today. So I say yeah well its Monday I know how that goes. He says, " well its more to do with the fact that I've been playing Battlefield 2142 with the guys all day" How awesome is that.

Then later we're talking shop and he tells me how they just got this shipment of new laptops in and that I'll probally have to stage some of them for the guys. He goes on to tell me how nice the new laptops are and that they have 512mb video cards in them and they play battlefield great and that I'll see when I get mine!!

Yeah I think this job is going to work out just fine.

I start on Monday and I can't wait.

hmmm, i wonder what that is about?

You don't know me but I need to tell you that I just threw up in my mouth a little, thanks.