Truth in Politics and Media

Does anyone have additional information on the push to revive the draft? I've looked online and haven't found too much. I've also read that this is just a political ploy from the Democrats. Is the media really ignoring this issue? Who do we believe? The move to fill the draft boards is rather suspicious, but I would like to know more.

2. The reason we have so few options with candidates is that the younger generation doesn't vote. Politicians don't care about what younger people, who are arguably more liberal, are looking for in a candidate because this demographic group is seen as apathetic and not willing to vote. The only way to change this is to get out there and vote.

4. If you don't vote, consider yourself voting for Bush. Republicans/Conservatives are far more unified than Democrats/Liberals, and they tend to vote more. Democrats and Independents need to vote to counter them.

If you don't care about whether abortion is legal, if there is oil drilling in the Arctic, if we continue this insane amount of military spending, or about any of the many issues that the Democrats and Republicans disagree on, then maybe it doesn't matter if you vote. But you do care. I know you do. 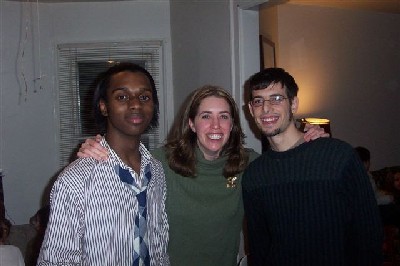