i really wish i was there to see her again... 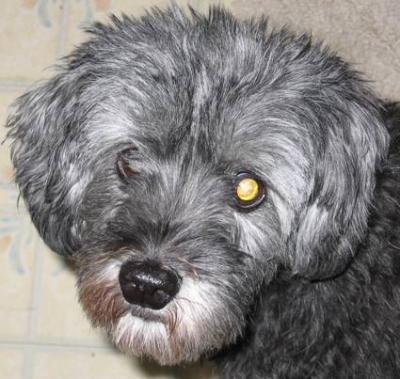 So I've really been trying to learn to cook lately, and I'd have to say, I'm really not that bad! I can follow directions on a box or whatever i find on line, pretty darn well, i might say!

However, this evening I made a bobo... I was steaming some yummy asparagus! and i even have that cute little steamer thing you get at the grocery store to prevent you from "boiling" rather than steaming... well anyways, so I know to always put water in before you put the pot on the stove, my old roommate once made that mistake and i learned from that one! However, tonight i learned the importance of putting "enough" water in the pot... I guess all the water i put in steamed out and then there was none left :( as a result, i now have a dead $5.99 target saucepan :( 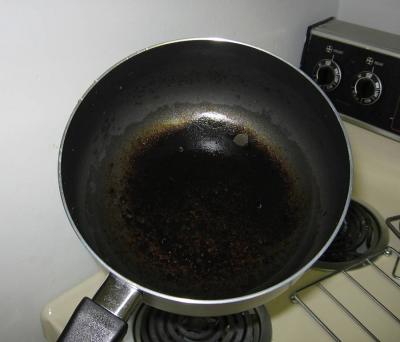 and I've only had the poor thing a few weeks... well, I guess it's time for a new one! I might even spring for the $10 one this time.

i feel your pain. I am probably the least able chef ever!
well except my world famous twice baked potatoes (except when i messed them up for (e:libertad))

All I can say is: get rid of the nonstick completely. It's not good for you. Steel, baby, STEEL!!!

It melts through the electric coils and looks like a giant silver hersheys kiss stuck underneath (and this was decent cookware!) I'd have been better off just burning water!

Then there was this time.. that a glass pot exploded all over the kitchen. After I realized that I still had all of my body parts (although no voice from sudden scream), I couldnt stop laughing. Egg guts everywhere..

I am getting better. Nice to kknow I am not the only one :)

what's new in the world of Me!

here is what I've been up to since the last time i posted in march...

I did stay at the job i "hated" so much. it got better, some ppl left, others came, and i actually have stuff to do now (most of the time)
All in all, i like it! I'm working on "cool" buildings and learning lots of new things... still not making much, but def getting good experience!

and in may/june i moved!!! from south miami to north miami! from 45 min to get to work to 15 min, and from an hour to get home to 15 min! my new apt is closer to work, closer to the beach, only 15 minutes from south beach! but a lot farther from my friends :(

the new place is a single bedroom, single bath, 800sf, little kitchen, but big living room and bedroom. the apt complex has 2 pools (one is right next to my building) and a gym and tennis courts!!! now i just need to motivate myself to go the the gym when i get home from work!

ok, well here are some pics of the new place! 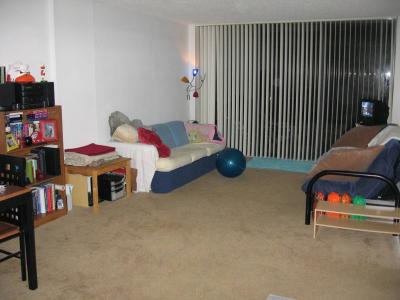 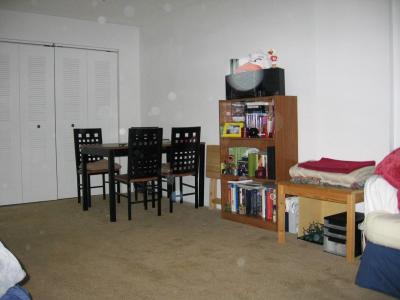 and the dining room 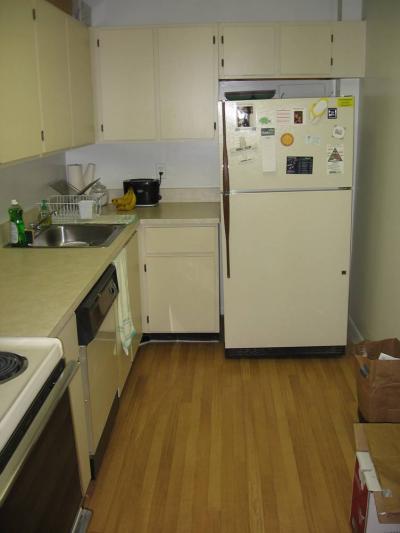 and the ity bity kitchen 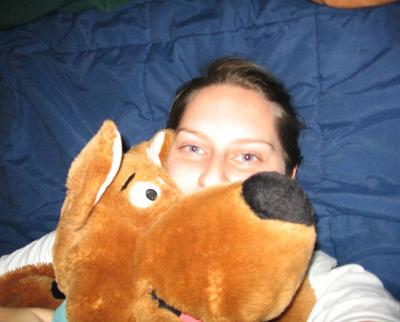 so yeah, that's that... i'm about to finally become a Florida resident! but i really don't want to lose my ny id, i really like how bendy it is!!!
oh well... it beats paying ny income taxes!!! hehehehe!

here, for this one, i made the mistake of giving my mom my camera because, well, she doesn't know how to use digital cameras and the zoom function was way beyond her, so here i am on stage. really, that's me next to the little orance blob. 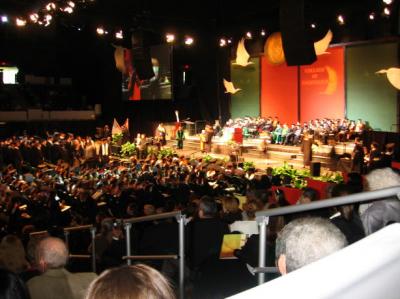 and here are the "professional" ones, (am i allowed to post these?? sure, why not?)

(and why do i always make such stupid faces in pictuers that are suppossed to be serious?)

but this is my favorite picture of the day. (it was after the ceremony, once the camera was taken away from my mom and my brother started going camera happy) 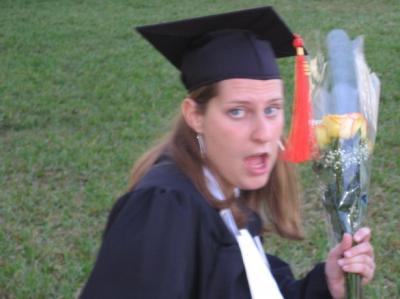 so that's that! i'm offically an architectural engineer!! but still no job, but i'll be back in buffalo in 2 days, well late sunday night.

ok, so i start out by giving a little time line:

a little over a year ago i started to really look for a job, both in buffalo and here in Miami. ya know, something to do over the summer, get some experience and maybe continue after i graduate

but i didn't get anything and ended up spending the summer in buffalo doing nothing (well, having a little fun, but no work)

but didn't get anything

and I've gone on interviews, but they keep telling me they will get back to me when they have an opening (you know that means) so still nothing

(well there was this one, but the guy was soo creepy. now i'm not racist or anything, but in serious, the guy said to me, "you can think of us as the UN, we have people from India, Pakistan, Africa, Columbia,..., well of course Cuba, and with you, we will have America too." aren't being a company in America, shouldn't there already be an American working there? and he was really excited to introduce me to everyone, introducing me as, "this is Julie, she will be joining us soon." i don't remember agreeing to this. and there was a 2 year contract i had to sign, meaning i had to be there at least 2 years, that's quite a commitment to the UN! and i would only be getting $30,000, but the kicker was, as i was leaving, this weird little man who interviewed me, gave me a kiss on the cheek! now i've gotten use to it from my friends cuz they all do it to me, but that was definitely not professional! so i declined my first ever offer)

but then i was back to nothing, with time ticking away till the lease on my apt was up, and my parents said i had to come back to buffalo (NO, i can't do the cold anymore)

so, then (Monday 3/13) i was up in Ft Myers for another interview and visiting with relatives, when i got a phone call from one of the companies i interviewed with down here, and he asked me if i was still available and if i could stop by the office on Thursday (3/16) to fill out some paperwork. (now i didn't really like that company, but you understand, i was dispirit, i really needed a job)

so i went on Thursday, filled out the tax forms and all that stuff and asked the necessary questions, and finally, "when would you like me to start?" and then hit with the, "Monday!"

so i'll tell you a little bit about my past week aka, my first week of real work:

i drive 45 min to get there every day, and over an hour to get home (it's only like 20 miles away, f'n traffic) So i leave at 7:30am and don't get home till after 6:00pm get an hour lunch break which is the only time the Internet works in the office (my only time for aim and emailing!) and pretty much what i do is be some guys bitch, which i'm cool with, but he doesn't give me anything to do. so i sit in a little cubicle for 9 hours while actually working maybe 1 hour each day. no one talks to me, well the guy next to me was talking to me a little bit on Friday, but all he was telling me was office gossip, that people don't get along. and they all speak Spanish, and my boss guy smells, he's Italian, like born and raised in Italy, but come on, a little deodorant never hurt anyone.

ok, so that's work, but on Monday, my first day, when i just sat there all day, i received 2 phone calls and an email from other companies, one of which i really liked.

so he finally got a hold of me on Tuesday, i told him i just started work and that he was a week late.

WHY ARE ALL THESE COMPANIES CALLING ME NOW??? I HAVE BEEN SITTING AROUND FOR MONTHS DOING NOTHING, NOW THEY ALL WANT ME??? NOT FAIR!!!

so long story short, I'm gonna try to get a 2 hour lunch break on Friday to go interview with this other company who will be paying me lots more, and doing bridge design, and hopefully having nicer people to work with and one of the guys i spoke to for that company at the career fail had really nice eyes!!! and it's in Ft Lauderdale!! (get me out of Cuba, i mean Miami)

so yeah here's my question, so if this new company does offer me a job and i do take it, do i need to give the company i'm with now, my 2 weeks notice? i would have only been with them 2 weeks?? how does that work???

ok, so there was my rant!

and i'll be back in buffalo for Easter, i haven't been there for Easter in 6 years!!! i figured it was about time...